The new flights covering several cities on domestic routes will begin in phases from 27th October, 2019. 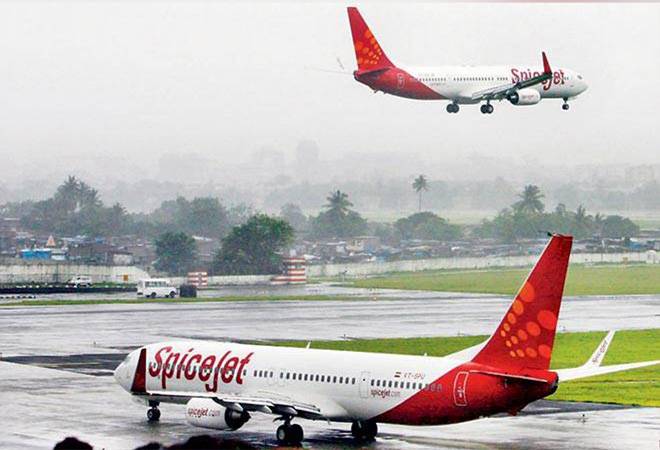 The airline added Rajkot to its domestic networking, with the introduction of a daily non-stop flight on the Mumbai-Rajkot route, it said in a statement.

This makes the Gujarati city (Rajkot) its 54th destination in the country. SpiceJet is also the first airline to start direct flights between Pune-Jodhpur in the country.

The announcement comes amid the airline's plans to expand aggressively in the wake of the space left by the exit of Jet Airways. The new flights covering several cities on domestic routes will begin in phases from 27th October, 2019.

"As we add newer cities and flights to our network providing affordable air travel options to more and more people, our focus remains firmly on connecting the unconnected parts of the country," said Ajay Singh, Chairman and Managing Director, SpiceJet.

"We are absolutely bullish on the growth potential of the smaller cities and towns of India and see great demand on the routes we have announced today," he added.

The low-cost airline has also launched services on the Chennai-Durgapur UDAN route. Flights on both these sectors will start from 27th October 2019. SpiceJet is the first airline in India to launch non-stop flights on the Pune-Jodhpur and Chennai-Durgapur routes. The carrier has also introduced new flights on the Mumbai-Jodhpur, Bengaluru-Guwahati, Chennai-Vishakhapatnam, Chennai-Jaipur, Vijayawada-Vishakhapatnam and Hyderabad-Aurangabad sectors. The airline will operate flights on the Chennai - Patna, Ahmedabad-Jodhpur and Surat-Udaipur routes as well.

Airline frequency refers to the number of flights a carrier can provide in a set time period typically on shorter routes between two big urban destinations. The airline will deploy a mix of its Boeing 737 NG and Bombardier Q400 aircraft on all these routes.

SpiceJet has been on an expansion spree of late as it is also planning to buy around 100 Airbus planes as uncertainty over its Boeing Co's grounded 737 Max planes persists.