Vistara to start flights from India to UK, Germany, France

Earlier this month, India and the UK signed a bilateral air pact, under which the airlines of both the countries can operate international flights with certain restrictions. India had signed similar bilateral pacts with Germany and France 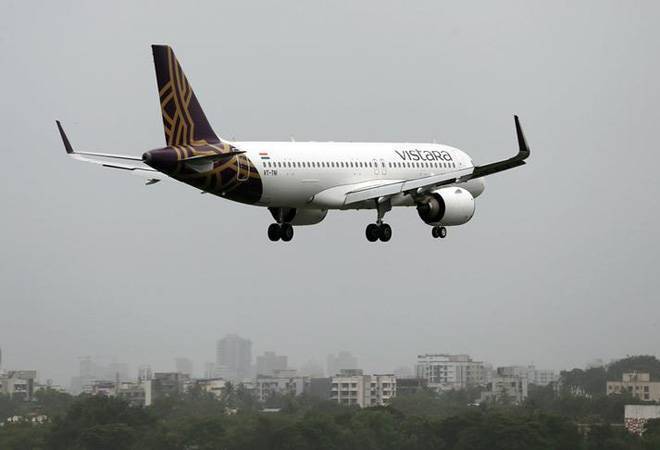 Private carrier Vistara is likely to start flight operations between India and the UK, Germany and France under the bilateral air bubble arrangements that have been signed with these countries, sources in the aviation industry said on Sunday.

Earlier this month, India and the UK signed a bilateral air pact, under which the airlines of both the countries can operate international flights with certain restrictions. India had signed similar bilateral pacts with Germany and France in July.

Vistara got its second B787-9 wide-body aircraft on Saturday. It had received its first B787-9 aircraft in February.

"Vistara has already got the slots at the Heathrow airport in London. The flights between Delhi and London are likely to be announced in the next few days," an industry source told PTI.

The Delhi-London flight is likely to operate thrice a week, the source added.

A wide-body aircraft has a bigger fuel tank that allows it to operate long-haul flights. Vistara has 43 planes in its fleet, of which 41 are narrow-body aircraft like A320neo and B737-800NG.

The full-service carrier is also likely to operate flights between India and Germany and India and France, another aviation industry source said, adding that the probable destinations for these flights are Frankfurt and Paris respectively.

It is not clear which Indian cities will be connected to Frankfurt and Paris by Vistara.

The private carrier did not respond to the queries sent by PTI on the matter.

Scheduled international passenger flights continue to remain suspended in India since March 23 amid the coronavirus pandemic.

The aviation sector has been significantly impacted due to the travel restrictions imposed in India and other countries in view of the pandemic. All airlines in India have opted for cost-reducing measures such as pay cuts, leave without pay and firing of employees in order to conserve cash.

India resumed domestic passenger flights on May 25 after a gap of two months. The airlines have been allowed to operate a maximum of 45 per cent of their pre-COVID domestic flights.

However, the occupancy rate in Indian domestic flights has been around just 50-60 per cent since May 25.

SpiceJet to begin flights between Dubai and 5 Indian cities from August 17; check details