The CBI alleges that after Kochhar took charge, ICICI Bank sanctioned six loans totalling Rs 1,875 crore to various Videocon companies, most of which have gone bad. 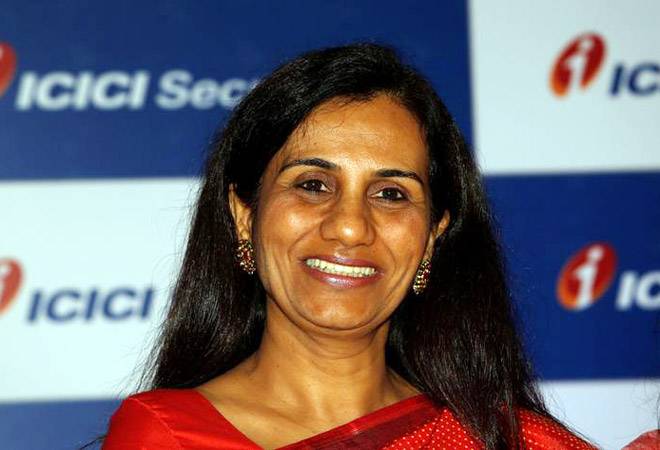 Chanda Kochhar, the former CEO of ICICI Bank, her husband Deepak Kochhar, and Videocon Group Managing Director VN Dhoot, have been booked by the Central Bureau of Investigation (CBI) in the much-talked about quid pro quo case involving loan irregularities worth Rs 3,250 crore. The agency yesterday said that Kochhar had received "illegal gratification" through her husband for sanctioning loans to Dhoot and his company.

Kochhar took charge as the chief of ICICI Bank on May 1, 2009, and between June 2009 and October 2011, ICICI Bank sanctioned six high-value loans to various Videocon companies, a CBI source told The Times of India. In fact, she was reportedly a part of the sanctioning committee which had approved a loan of Rs 300 crores to Videocon International Electronics Ltd (VIEL) and Rs 750 crore to Videocon Industries Ltd (VIL).

"Abusing her official position" Kochhar had sanctioned the rupee term loan to VIEL on August 26, 2009, three months after she moved into the corner office. The amount was reportedly disbursed into the VIEL account the following month, on September 7. Interestingly, according to the CBI, the "very next day" Dhoot had transferred Rs 64 crore from VIL to NuPower Renewables Limited (NRL), the company owned by her husband Deepak Kochhar.

This was "the first major capital received by NRL to acquire its first power plant", the CBI claimed, adding, "Thus Chanda Kochhar got illegal gratification/undue benefit through her husband from VIL/Dhoot for sanctioning Rs 300 crores to VIEL".

In addition to the loans to VIL and VIEL, four loans were issued to Millenium Appliances, Sky Appliances, Techno Electronics and Applicomp India to repay the unsecured loan availed by these companies from VIL, the FIR alleged. These six loans reportedly add up to Rs 1,875 crore.

The daily added that the agency has also detailed how NRL came to a Deepak Kochhar company. The company was reportedly incorporated by Deepak Kochhar, VN Dhoot and his nephew Saurabh on December 24, 2008, as its first directors. But the Dhoots resigned less than a month later, on January 15, 2009. Before that Dhoot allotted his 19,97,500 warrants to Deepak Kochhar at the rate of Rs 10 per warrant, on an initial payment of Rs 1 per warrant.

Moreover, NRL's controlling company, Supreme Energy Pvt Limited (SEPL), also boasts a Dhoot link. According to the CBI, it was incorporated in July 2008 with Dhoot holding 9,990 shares and his associate Vasant Kakade having 10 shares. "On January 15, 2009, Dhoot resigned from the director position of SEPL and transferred its control to Deepak Kochhar by selling/transferring his shares to Pinnacle Energy Trust (PET), which is managed by latter," the investigative agency added.

The timeline shows that these ownership transfers happened eight-odd months before VIEL bagged the Rs 300 crore loan from ICICI Bank. "This shows that Dhoot knew he was going to get the loan from bank and this was a favour in advance," a CBI official told the daily.

The CBI FIR, registered on Wednesday, reportedly also alleges that loans worth Rs 1,575 crore given by the bank to the Videocon group had turned bad, resulting in wrongful loss to the ICICI Bank and wrongful gain to the borrowers and the accused persons.

In addition to Chanda, Deepak and Dhoot, the agency has also named NRL, SEPL, VIL and VIEL as accused in the FIR registered under IPC sections related to criminal conspiracy and provisions of the Prevention of Corruption Act. Also on CBI's radar now are several former and current top ICICI Bank officials who were a part of the bank's sanctioning committees during the period when the alleged quid pro quo loans were given to the Videocon Group.

While the CBI maintains that the loan dealings with the Videocon Group were in violation of ICICI Bank's credit policy, the bank in question had vociferously denied any wrongdoing just 10 months ago. In fact, the bank's board had twice dismissed accusations of nepotism and corruption in the sanctioning of loans to Dhoot's companies. The latest developments show up the bank in rather poor light and the stock has taken a beating in the past two days.

Also read: No decision yet on next CBI chief; panel to meet again