There have been numerous cases where the customers have lost their money due to hacking, 'vishing' and other criminal actions of the fraudsters. 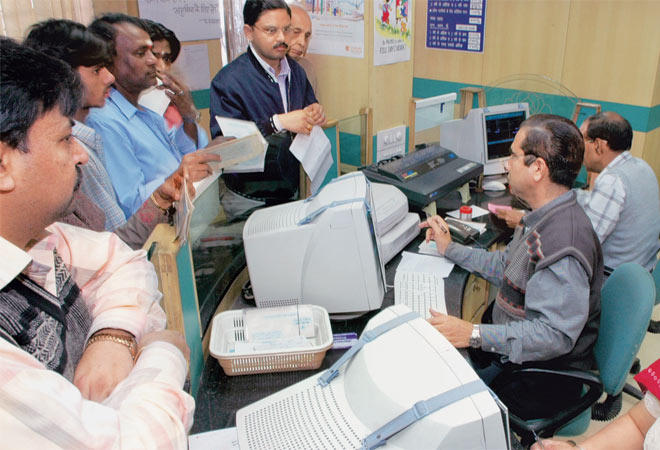 The situation is so bad that the South Delhi district police had to register 25 cases of bank frauds on Wednesday.

You may feel safe by depositing your hardearned money in the banks, but hackers are lurking around to steal it all by using your confidential information.

There have been numerous cases where the customers have lost their money due to hacking, 'vishing' and other criminal actions of the fraudsters.

The situation is so bad that the South Delhi district police had to register 25 cases of bank frauds on Wednesday.

Strangely, all these affected bank customers are residents of South Delhi. The Hauz Khas and Vasant Vihar police stations have registered most of the cases. Recently, joint commissioner of police (south-eastern range) RS Krishnia asked the district to register cases of bank frauds.

Krishnia also said that investigation should be focus on identifying the pattern of these cases. Confirming this, Krishnia told MAIL TODAY, "Recently a complainant approached me who lost thousands of rupees to these fraudsters. I ordered the South district to register a case and also investigate similar cases. After that the South district has registered number of cases."

According to the police, customers of ICICI bank and Bank of Baroda have been targeted the most. Customers of State Bank of India, HDFC Bank, PNB have also been targeted. These cases are mainly 'voice phishing' also known as 'vishing'.

When MAIL TODAY contacted ICICI Bank they did not respond. Bank of Baroda didn't answer to repeated calls made by MAIL TODAY. Munirka resident Jawahar Lal Tickoo, who has an account with the ICICI bank, alleged that the criminals hacked his account in September 2014. Tickoo told the police that on September 15 last year he got a massage that Rs 74,266.54 has been withdrawn from his account.

In another case, Runa Devi, also a Munirka resident, alleged that on November 24 of 2014 she got a call from an unknown number. "An individual told me over the phone to share the bank account details," Runa Devi told the police. An unsuspecting Runa shared the information as she was facing problem in online bank transaction. "After that the caller bought stuff online using my bank account debit card number, and I lost Rs 37,000 from my account. I have filed a complaint with Bank of Baroda," she told the police.

Cyber expert and senior Delhi Police official Muktesh Chander said that the data is available only with the banks. "Normally a bank never shares account details of a customer with anyone. But in the past several exemployees of certain banks have been arrested for providing confidential details to the hackers. Also, there are agencies who sell customer data to other organisations," Chander told MAIL TODAY.