Yes Bank's failure to raise capital and its rising bad loans had depositors spooked. As fear replaced faith, deposits with the lender have sunk to a five-year low The deposits at Yes Bank plunged 54 per cent by March 2020 from its peak at Rs 227,610 crore at the end of March 2019. At Rs 105,364 crore, the deposits are at a five-year low now, touching its December 2015 levels as fear replaced faith in Yes Bank's depositors. On a sequential basis, the lender saw a 36 per cent drop in deposits. While it took five years for deposits to grow nearly 2.5 times by March 2019, it eroded back to those levels in just four quarters. 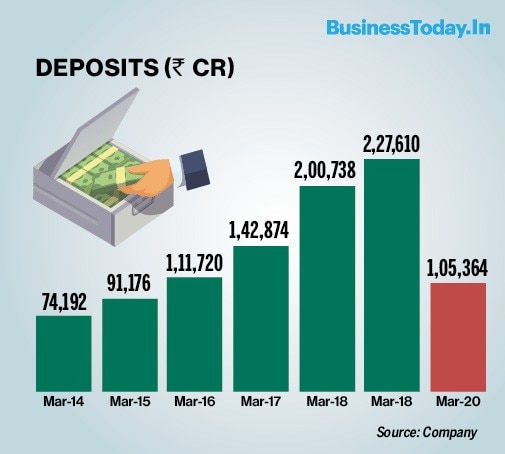 Failure to get capital infusion and rising non-performing assets had been fuelling withdrawals at Yes Bank for quite sometime. After a minor drop of 0.04 per cent in deposits between September and December 2018, the incessant decline each quarter since March 2019 led to this precipitous fall. The corporate term deposits have fallen sharply by Rs 62,000 crore in the past four quarters. Retail term deposits reduced from Rs 63,300 crore to Rs 39,000 crore during this period. The current account deposits fell 67 per cent while savings account deposit of the bank declined 60 per cent in March 2020, compared to a year ago period. The CASA deposits now contribute to a fourth of the Yes Bank's overall deposits. How soon can this end remain unclear though the bank in its latest presentation revealed that the outflow in deposits post March 31, 2020 has receded.

The damage is done but believed to have occurred earlier than the rescue happened. To protect the interests of Yes Bank's customers, the government ordered a temporary moratorium on March 5 capping the aggregate withdrawal limit at Rs 50,000. It lifted the moratorium on March 18 after putting in place a restructure plan backed by a public and private ownership model. The beleaguered lender raised equity capital after the State Bank of India along with seven other financial institutions put in Rs 10,000 crore investment.

Meanwhile, the investors have given a thumbs down too. The stock has fallen 82.4 per cent since June last year when the troubles surfaced. However, soon after the bank's reconstruction scheme was notified by the government, a short blip was observed in its stock price as it jumped almost 138 per cent in just three trading sessions but is currently hovering around Rs 28. 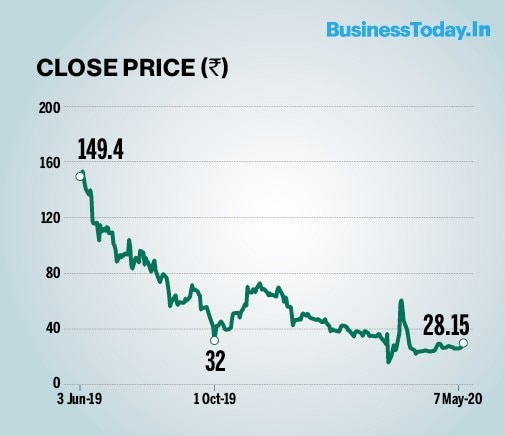