Billionaire Uday Kotak has created many multi-millionaire employees over the last two decades under the flagship Kotak Mahindra Bank. The country's most valuable bank has five of its top executives owning shares worth Rs 100 crore each.

The shares are granted as part of the employees stock option scheme over the years. Some senior professionals may have sold shares over the years, but as of today there are five professionals which have total value of their shares crossing Rs 100 crores. Shanti Ekambaram, who heads the consumer banking, owns shares valuing Rs 190 crore. Ekambaram is part of the Kotak Group for over two and half decades. Jaimin Bhatt, the President & Group CFO, has seen the value of his shares in the bank reaching Rs 160 crore. Bhatt, who joined the Group way back in 1985, has been Group CFO from early 2000. Dipak Gupta, the joint Managing Director, has shares worth Rs 144 crore. Gupta has spent close to three decades with the Group. In fact, the veteran who is also part of the bank's board has played a key role in Group's entry into banking. Kotak was amongst the two private banks (other being Yes Bank) which got the banking license in 2003. Narayan SA, the President (commercial banking & retail broking), has shares worth Rs 141 crore. Narayan was amongst the few professionals who joined the Group in early 90s. 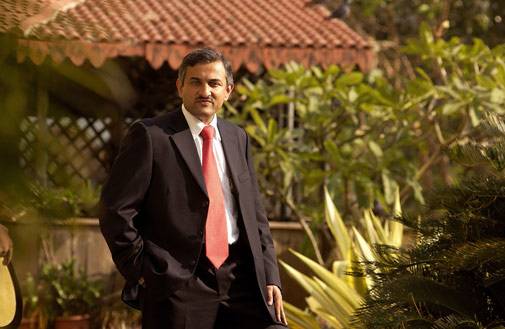 The top management team that stayed put with the Group has really gained in terms of creating wealth as entrepreneur Uday Kotak rolled out his vision. The private sector bank, which is fast transforming from a mid-sized to a large bank, is the most-valued bank today in the market.

The bank enjoys the highest price to book value of 4.75 times. The largest private bank, HDFC Bank, gets 2.90 times followed by ICICI Bank (1.77 times) and Axis Bank with 1.29 times the book.

In its next phase of growth, the Kotak Group will certainly create many more multi-millionaires. There are already close to a dozen senior professionals that own substantial shares which are worth several crores. Some of these core team members are D Kannan, Jaideep Hansraj, G Murlidhar, KVS Manian, Virat Diwanji, Nilesh Shah, Bina Chandrana and Venkattu Srinivasan.

Recently Kotak leadership team was quick to announce a voluntary 15 per cent cut in the salary for the current financial year because of coronavirus impact. Uday Kotak, too, decided to forgo his entire salary, accepting only a token Rs 1 from the bank.

There are lakhs of shareholders who have created wealth in staying put in the bank's stock. According to experts, the bank is well placed to create more wealth for shareholders as the bank has minimum NPAs, comfortable capital (even raising more), a stable top management with Uday Kotak at the helm of affairs and a universal banking model.The Group is spread out in asset management, insurance, non-bank, stressed assets, investment banking businesses.

A digital life in a digital world-Hat tip to coronavirus