In order to improve functioning of the PSB boards and to foster corporate governance, Das said, his endeavour would be to enhance their quality and stability through further streamlining appointment process, succession planning and compensation 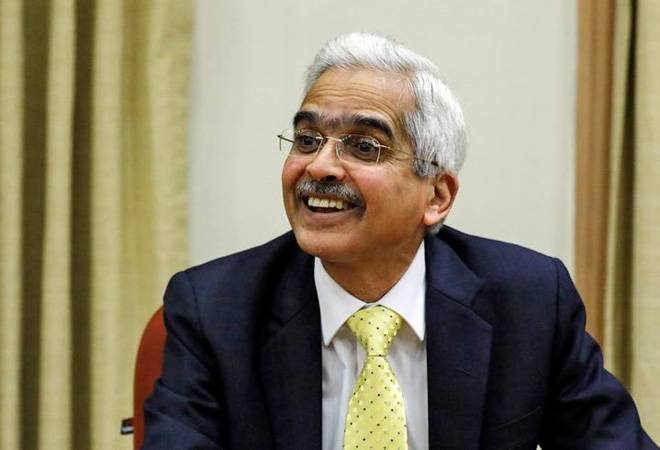 Attributing frauds in the banking sector to absence of effective controls, RBI Governor Shaktikanta Das Saturday said focus of the central bank in coming months will be on corporate governance reforms in the banking and non-banking space to improve transparency and accountability.

The set of corporate governance reforms proposed by Das include streamlining of the board-level appointment process, development of effective risk management systems, creation of a pool of independent directors and setting up mechanism to evaluate the performance of senior functionaries.

"It has been observed that most bank frauds can be traced to absence of effective controls. An essential element of an effective system of internal control is a strong control mechanism. It is the responsibility of the Board of Directors and senior management to emphasise the importance of internal control through their actions and words.

"Banks should regularly reorient and train their personnel so that they fully understand the importance of internal controls in their respective stations. The boards of banks should specifically pay attention to creating and sustaining a culture of effective control in the banks," Das said while delivering 15th annual convocation address here at NIBM.

In the coming months, the governor said, his first and the foremost task would be to address governance reforms in banks and non-banking space.

In order to improve functioning of the PSB boards and to foster corporate governance, Das said, his endeavour would be to enhance their quality and stability through further streamlining appointment process, succession planning and compensation.

"These aspects could be evaluated by bank boards and reviewed by the Banks Board Bureau. We also need to create a pool of independent directors across various areas of expertise," he added.

The performance of MDs/CEOs of both public and private sector banks, Das said, ought to be closely monitored by the Board of Directors either through a sub-committee or an external peer group review.

"An effective performance evaluation system should also be put in place for banks to improve their financial and operating parameters.

"The government, the Bank Board Bureau and the Reserve Bank are engaged in developing an objective framework for performance evaluation of public sector banks (PSBs). This should redefine the contours of corporate governance in PSBs with a focus on transparency, accountability and efficiency," the governor said.

Observing that governance issues in private sector banks originate from altogether different set of concerns, he said, they are mainly related to incentive structure of their managements, quality of audits and compliance, and also efficient functioning of audit and risk management committees.

The RBI has issued a discussion paper on proposed guidelines for compensation in private sector banks which includes specification of minimum variable pay component and clawback arrangements, among others, he said, adding that the central bank will continue to play a positive and constructive role to ensure private sector banks flourish in their operations.

Not satified with the top management of some of the private sector banks, including Yes Bank and Axis Bank, the RBI in the last few months denied extension to CEOs of these lenders and directed the board to bring suitable replacement.

He also advocated to create potent risk management systems in banks for which chief risk officers (CROs) have to play an effective role and should be directly accountable to Managing Directors (MDs), Chief Executive Officers (CEOs) and Risk Management Committee of the Board.

Along with risk management, Das said, compliance function in banks is one of the key elements in their corporate governance structure.

"These have to be adequately strengthened and made sufficiently independent. For the compliance function to be effective, it must be supported by a healthy compliance culture within the organisation.

"Banks should review their compliance function comprehensively to ensure compliance to all statutory and regulatory prescriptions in addition to their own internal guidelines, directions of the Board and their Committees and audit assessments," he said.

In the light of various developments in the financial sector such as the use of complex financial products and rapid technological innovations which give rise to interconnectedness and spill over effects within and between entities, the governor said, there has been a move globally towards building specialised teams of bank supervisors.

The RBI has now decided to build a specialised regulatory and supervisory cadre for regulation and supervision of banks, non-banks and co-operatives, he said, adding that this specialised cadre in the central bank will play a pivotal role so that sound banking and non-banking sectors efficiently intermediate the financing requirements of the entire economy.

Pointing out that there is a need to address the existing inadequacies in customer service, Das said, efforts in developing robust customer grievance redressal mechanisms to increase customers' trust and confidence in payment systems will be continued.