India is the sixth largest producer of chemicals in the world and contributes 3.4 percent to the global chemical industry. However, per capita consumption of chemical products in India is low (1/10th of the global average) 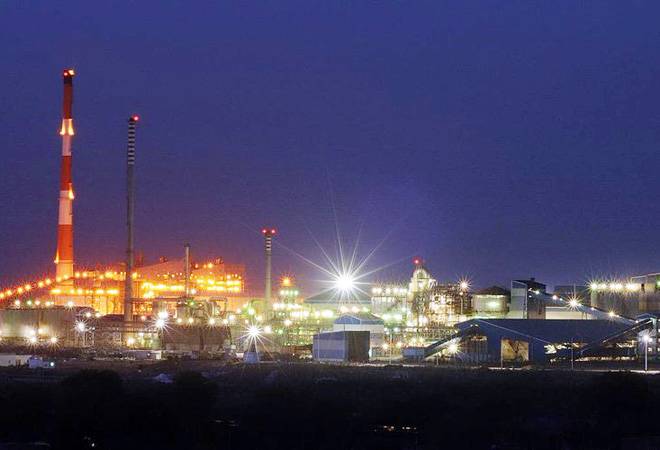 Image is for representation purpose only

The government is planning to revive and further develop the four Petroleum, Chemicals and Petrochemicals Investment Regions (PCPIR), which failed to take off as envisaged to match similar international petrochemical hubs.

Unveiling the PCPIR Rejuvenation Study at the 'Summit on Global Chemicals & Petrochemicals Manufacturing Hubs in India 2019' in Mumbai on Tuesday,  D.V. Sadananda Gowda, Minister of Chemicals & Fertilizers, Government of India said the Indian Chemical & Petrochemical Industry is currently witnessing a rapid expansion and the untapped potential of this industry needs to be addressed with projects like reviving the PCPIRs.

The four hubs are at Dahej (Gujarat), Vishakhapatnam (Andhra Pradesh), Paradip (Odisha) and Cuddalore (Tamil Nadu). However, due to a wide range of issues (ranging from overall infrastructure development to project financing), attracting investment to Vizag, Paradip and Cuddalore has been relatively challenging in comparison to Dahej. The envisaged PCPIRs could not take off as global manufacturing hubs due to issues like lack of investment, infrastructure bottlenecks, land acquisition issues and limited planning, observed the report.

"The industry is expected to grow at a CAGR of 9.3 percent from $163 billion to $304 billion market by 2025, which not only emphasises the important role it can play in the growth of Indian economy but also become the global leader in petrochemicals and emerge itself as world's next manufacturing hub. Considering the overall scenario, the government has now planned for policy interventions to rejuvenate investment in PCPIRs", said the Minister.

The PCPIR Rejuvenation Study, which analyses the current status of the four zones and the growth potential of the industries, recommends measures to be done to attract investments into these clusters. It was jointly prepared by the Federation of Indian Chambers of Commerce & Industry (FICCI) and knowledge partner Mott MacDonald.

India is the sixth largest producer of chemicals in the world and contributes 3.4 percent to the global chemical industry. However, per capita consumption of chemical products in India is low (1/10th of the global average). The chemicals market in India has grown only at 3 percent over the last decade and India is dependent on imports to meet demand in the case of most petrochemical products.

The Dahej PCPIR, located at Bharuch in Gujarat, has made US$13.6 billion so far, with US$ 2.4 billion investment made for infrastructure development by the Gujarat Infrastructure Development Corporation (GIDC). It is spread across an area of about 453 square kilometres.

Anchor investments include $4 billion by ONGC Petro Additions Limited (OPaL), which has set up a grass root mega petrochemical complex spread across an area of 508 hectare in the PCPIR. Major investors in the region include Reliance, BASF, Aditya Birla, Welpun, GACL, Adani, SRF, GSPL, Torrent and Lanxess. Various projects by Nayara Energy, Godrej, Agrovet, Polyplastics, Thermax, Astral Pipes, Neogen Chemicals and few others are under implementation. The proposed and committed investments in various infrastructure projects in this PCPIR region is about $2.4 billion.

The Andhra Pradesh PCPIR is the largest PCPIR in the country spread over an area of about 640 square kilometres between Visakhapatnam and Kakinada. Existing industries in the region include HPCL Visakh refinery, Coromandel Fertilizers, NTPC Simhadri Power Plant and Andhra Petrochemicals, Hetero Drugs, and the Kakinada region has 7 power projects and 2 chemical and fertilizer plants. As of FY 19, committed and actual investments made so far amount to $6.82 billion and $1.98 billion, respectively.

At the Paradip PCPIR in Orissa, investments worth only $6.43 bn have been made, which include investment in industrial establishments and infrastructure development. IFFCO, Paradip Phosphates Ltd, Paradip Carbon Ltd and Deepak Fertilizers & Petrochemicals are few of the major investments made in the PCPIR region.

The Government of India had identified a PCPIR in Tamil Nadu in 2017, to be developed over an area of 256 sq km across 45 villages in Cuddalore and Nagapattinam districts, but it has not taken off as proposed. Except for the anchor tenant (NOCL), no major investments have been made in the region.