"Now, it is time for a new direction and new thinking. The industry has the capability. If they reorient themselves, they would not require to depend," Irani said in a webinar 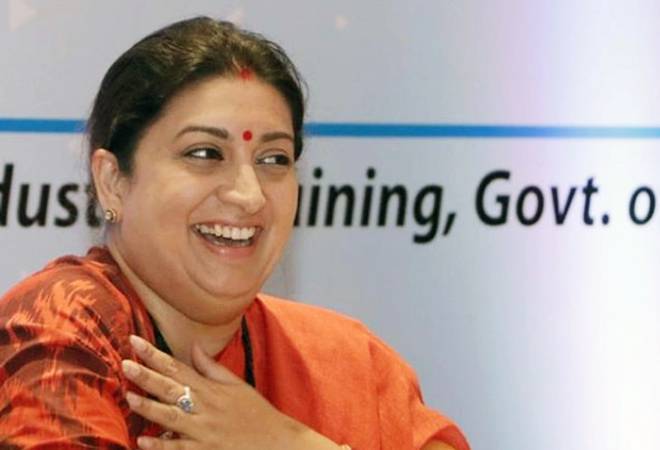 Union Minister Smriti Irani on Sunday asked the textile industry to reorient itself and not depend on financial packages from the government as its finances are already under strain due to coronavirus pandemic.

"It is time for the industry to introspect. The textile industry had been looking for packages or supports."

"Now, it is time for a new direction and new thinking. The industry has the capability. If they reorient themselves, they would not require to depend," Irani said in an interaction with members of Merchants'' Chamber of Commerce and Industry through a webinar.

She cited example of making PPEs for doctors and other healthcare personnel in the last one-and-a-half months.

Textile company JCT group in Punjab had sought support to ferry the samples of PPEs to a laboratory in Aurangabad for testing during the lockdown and the government had helped the firm for this, she said.

More such interventions were made, Irani said.

She told the members of the city-based industry body that "money you expect is public money and now citizens demand details of each penny (spent)".

"The government''s job is making policy and provide support," the textiles minister said.

The government has been doing its best to support all, she said, adding that the Reserve Bank of India has already given relaxations and banks are supporting businesses to tide over the crisis.

Irani said the textiles ministry is in discussion with the West Bengal government to work out a plan to help the jute industry. Farmers need 4,500 million tonne of certified jute seeds to improve quality of the golden fibre, and only a part of this is available now, she said.