Work on pod taxis set to begin by month-end

Even as the Centre has given its nod to the project, the UD Ministry has sought to know as to which ministry will be responsible for the safety audit of the taxi service. 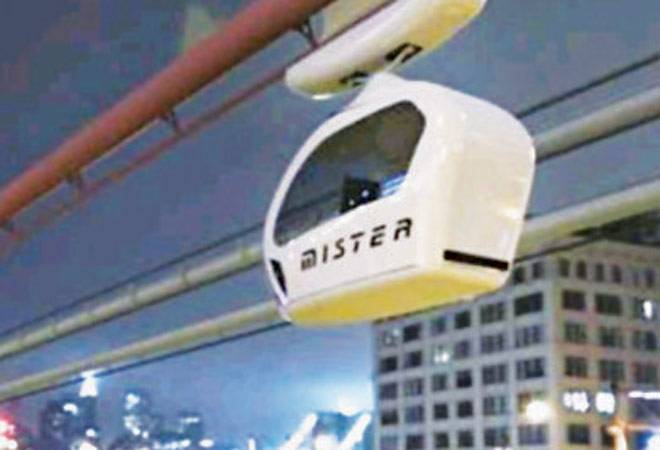 Notwithstanding the security concerns raised by the Urban Development Ministry, the government is all set to begin work on India's first pod taxi service in Gurgaon by this month-end.

Even as the Centre has given its nod to the project, the UD Ministry has sought to know as to which ministry will be responsible for the safety audit of the taxi service. Sources said the UD Ministry has claimed that since pod taxi is part of the mass rapid transit system, it cannot be executed without ministry's clearances.

The Transport Ministry, on the other hand, has claimed its right, saying the project aims at decongesting NH-8 is NHAI's domain and comes under it.

Sources say the contract may be awarded by the end of July or next month. Sources said Nitin Gadkari and Venkaiah Naidu, being senior ministers of the Union Cabinet, would sort out the issue so that the project is not delayed. Gadkari is currently on the US visit to invite investments in the highways development, road engineering and safety and maritime sectors.

"We have received four bids from several companies, including two foreign firms. The bids are being scrutinised. The contract will be awarded after a formal decision is taken," said a transport ministry official.

Earlier, Transport Minister Nitin Gadkari had announced to begin work on Metrino pod taxi service by July this year. The Rs 4,000-crore public transport project will enable travelling in driverless pods suspended on a ropeway in the NCR. The first project will be from Dhaula Kuan in Delhi to Manesar in Haryana. The 70-km stretch from Dhaula Kuan to Manesar will decongest the NCR and ease traffic on NH-8, offering great relief to airport passengers and lakhs of daily office-goers. The first phase will include a pilot project covering 13-km stretch from Gurgaon-Delhi border to Badshapur Mod with 16 stations.

The Transport ministry has earmarked Rs 850 crore for the pilot project. The ropeway-like system runs on electricity and driverless pods and comes down at designated stations, thus removing the traffic burden from already congested roads. The capital cost of metrino is Rs 50 crore per km against Rs 250 crore per km of the metro.