Republican candidate Donald Trump is a frontrunner for the US President's post and is widely feared in India for his stance on the outsourcing industry and existing immigration policies. 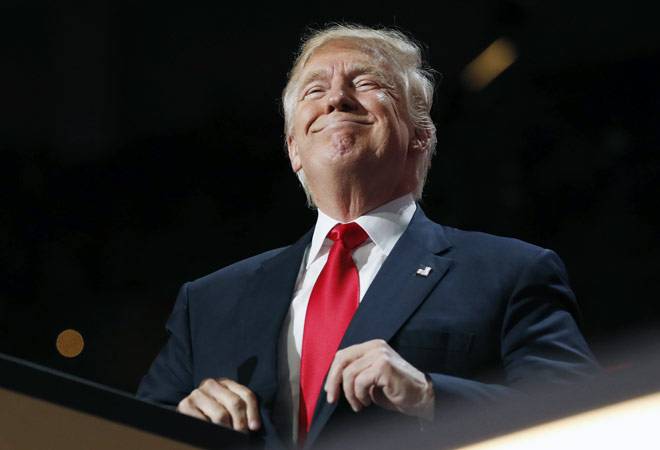 IT body NASSCOM on Thursday said that the industry needs to wait and watch, rather than panic, on the outcome of the US Presidential elections, though it warned of lasting impact of 'Brexit' on India.

Republican candidate Donald Trump is a frontrunner for the US President's post and is widely feared in India for his stance on the outsourcing industry and existing immigration policies.

"You see, IT industry does not have a view on candidate Donald Trump. But President Trump is a different matter", National Association of Software and Service Companies (NASSCOM) president, R Chandrashekhar said here, to a query on how the domestic IT industry was looking at Donald Trump.

"There is a big difference between candidate (Donald) Trump and incumbent (Trump). When a President becomes incumbent, the real world, governance come into picture", he told reporters.

"Indian IT industry actually helps create jobs even ostensibly in United States. This lead us to believe that we can afford to sort of wait and see the circumstances.

But we do not need to panic, for sure", he said.

Meanwhile, speaking on the impact of Britain exiting from the European Union, Chandrashekar said that it may reflect in the second or third quarter results of the domestic IT firms.

"The impact may show up in next two or three quarters and it will roll out over a much longer period.

"First and foremost, till December 2016 itself, UK said they will not invoke Article 50. So, from a technical stand point they have not started exiting by the end of calendar year 2016. After that, it may take up to two years, of exiting from European Union", he said.

However, he clarified that soon after Britain decided to exit the European Union, there was "knee-jerk" reaction as the value of currency and shares fell very dramatically.

"Short term impact for India are largely negative.", he said, adding, if the currency (Pound) depreciates further, current IT contracts, if not re-negotiated would either become loss making propositions or would not yield the same kind of margins.

"In terms of large contracts made by big companies, the decision-making will slow down. Impact on some of the large deals could get impacted. Lot of Indian companies used London as base. So that will get re-evaluated", he said.

On the longer term point of view, Britain exiting from UK holds opportunities for India, he said.

Republican party may rein in H-1B visas for IT professionals

'Kia Motors to pick site for India plant next month'