Mahesh Vyas, Managing Director and CEO, CMIE, said that employment increased by one per cent but real agricultural GVA growth in the September 2020 quarter was 16.4 per cent lower than it was in the June 2020 quarter 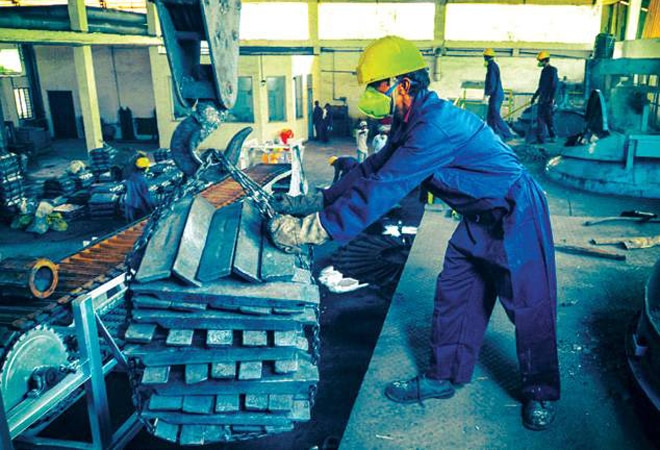 Talking about the low labour productivity in agriculture in India currently, CMIE MD and CEO Mahesh Vyas said that labour should essentially be channelised into factories, offices, and markets

Higher growth in India's employment rate than that in GVA (gross value added) implies a fall in labour productivity in the September quarter, according to the Centre for Monitoring Indian Economy (CMIE).

The Indian economy recovered faster than expected in the second quarter of FY20 as compared to the lockdown-infested first quarter. The (inflation-adjusted) Gross Domestic Product (GDP) in the quarter ended September 2020 was "23.2% higher than its level in the June 2020 quarter" which had fallen by "29.3% by a similar comparison in the earlier June 2020 quarter," Mahesh Vyas, Managing Director and CEO, CMIE, said in an article, adding that the "magnitude of this fall is extraordinary."

Usually, in the June quarter, Vyas said, the GDP "shrinks by about 3-4% compared to the previous quarter." This is because, according to him, there is seasonality in the GDP series.

"An interesting observation in this seasonal GDP series is that post 2013 the peak quarter shifted from December to March. However, the trough quarter has remained unchanged as the one that ends in June. And so, the June 2020 quarter was expected to shrink compared to the previous quarter even if these were normal times," Vyas noted.

However, the June 2020 quarter was "extraordinary" as the country was put under a severe lockdown to contain the spread of COVID-19, he stated adding that while the GDP contracted by 29.3% in this quarter, the GVA also shrunk by a lesser, 24.8%. It, Vyas said, even bounced back by a correspondingly lesser 19.4% in the September 2020 quarter.

"Seasonality is much less pronounced in the GVA series than in the GDP series, although both are two sides of the same coin. The former measures income, while the latter measures expenses," he highlighted.

India has demonstrated jobless growth for decades, which initially reflected structural transformations as people were moved out of farms into factories and offices. While the net effect of this, according to Vyas, was almost no growth in employment, "the structural shift from farms to factories in the 1990s improved labour productivity."

However, in recent times, such a structural shift is not evident, despite which jobs continue to not increase, but the GDP has continued to grow "quite handsomely," he points out.

Vyas stated that the results of the September 2020 quarter GVA/GDP data and employment data were interesting in more ways as labour gained well in the impressive recovery process of the said quarter. "Employment expanded by 23.2 per cent compared to the June 2020 quarter. This is the same as the expansion in real GDP during the same period, which was also 23.2 per cent. Real GVA growth was relatively modest at 19.4 per cent," he said.

The higher growth in employment compared to growth in GVA implies a fall in labour productivity in the September 2020 quarter. This, Vyas stated, is a result of the movement of labour from factories to farms.

"As factories and offices shut down or reduced operations and as employment opportunities in the unorganised non-farm sectors also shrank, large contingents of labour migrated back to the farms. As a result, employment in farmlands increased," he exclaimed.

He further added that employment increased by one per cent but real agricultural GVA growth in the September 2020 quarter was 16.4 per cent lower than it was in the June 2020 quarter.

Talking about the low labour productivity in agriculture in India currently, Vyas concluded that labour should essentially be channelised into factories, offices, and markets.

He added that the promise held out by the comparatively stellar performance by the manufacturing sector could be elusive as much of it reflects "extraordinary profits of listed manufacturing companies in the September 2020 quarter" which don't look "sustainable in the near term".