Ranitidine, an old molecule with sales of $412.4 million is found to have cancer-causing impurities 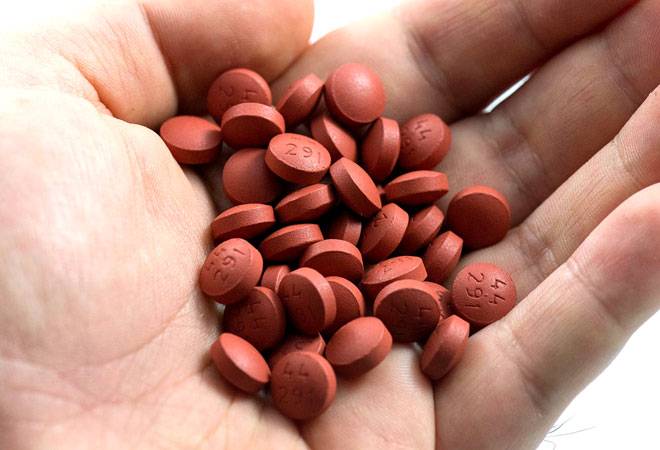 A commonly used acidity-controlling drug ranitidine is giving heartburn to numerous drug manufacturers, regulators and the public worldwide, including in India. This is after a US-based online pharmacy alerted regulators that its sample tests revealed the drug to contain some cancer-causing impurities beyond permissible levels.

Although leading regulators such as the US Food and Drug Administration (FDA) and the European Medicines Agency (EMA) have not banned the drug, regulators have alerted public to be cautious and consult their doctors. However, many leading drugmakers, including India's Dr Reddy's Laboratories, have stopped sales until there is clarity. The Indian drug regulator and the Indian Medical Association are yet to come up with a warning to public and manufacturers. Swiss drug maker Novartis's generic arm Sandoz has also recalled the drug voluntarily.

An old molecule with most versions off-patent, the global ranitidine market that includes tablets, syrups and injections usually prescribed for intestinal and stomach ulcers, Gastroesophageal Reflux Disease (GERD), esophagitis, Zollinger-Ellison syndrome and others was valued at $412.4 million in 2017. The drug and its variants are expected to grow at a compound annual growth rate (CAGR) of 1.8 per cent to reach $485.4 million by 2026, says a market forecast by Coherent Market Insights.

In India, various drugmakers such as Dr Reddy's, Sun Pharma, Cadila Pharma, GlaxoSmithKline, JB Chemicals and Zydus Cadila sell over 180 products based on ranitidine. The domestic market sales are pegged at around Rs 700-750 crore. Aurobindo Pharma, Granules India, and Strides Shasun are some of companies that got approval to sell this product in the US. "Most generic drugmakers target $5-10 million sales from such old molecules as these steadily contribute to their annual sales," said sources.

"At present, it is just an alert from the US FDA. Other leading agencies are investigating the issue. As of now there is no major business loss for manufacturers or the issue of lack of drugs for patients," said Dr R B Smarta, Founder and Managing Director of Interlink, a pharmaceutical marketing consulting firm.

However, Dr Reddy's Laboratories, a global supplier of ranitidine said on Sunday that it has suspended its distribution as a precautionary measure. Another Hyderabad-based manufacturer of ranitidine SMS Pharmaceuticals said the USFDA has sought a 'DMF information request' to provide the information to demonstrate SMS's Ranitidine active pharma ngredient (API) manufacturing process does not contain the impurity. "Our technical team is evaluating ranitidine manufacturing process and will furnish the FDA-requested data within the timeframe set for us," said SMS.

However, as a precaution, regulatory agencies such as the Health Canada and Health Sciences Authority (HSA) of Singapore have initiated action. HSA said it has tested all locally-marketed brands of ranitidine and found trace amounts of the NDMA nitrosamine that exceeded the internationally acceptable level in eight brands including that of GlaxoSmithKline (acceptable levels of nitrosamines are considered in nanograms, which are one billionth of a gram). Sources said the HSA list does not include Indian companies.  The Italian Drug Agency has also recalled ranitidine-based drug brands, including those made with active ingredient from an Indian company Saraca Laboratories. Health Canada has also asked ranitidine manufacturers to stop its distribution, said sources.

In July last year, Valsartan, a drug that treats blood pressure and heart failure, faced the similar issue as some tests revealed that the drug had higher levels of cancer-causing impurities. That affected over 50 manufacturers, including Novartis, Cipla, Lupin and Torrent.

Also read: Hospitals to get gold, silver, bronze ratings based on quality of facilities