Covishield may get UK nod in January, shortly after that in India: Poonawalla 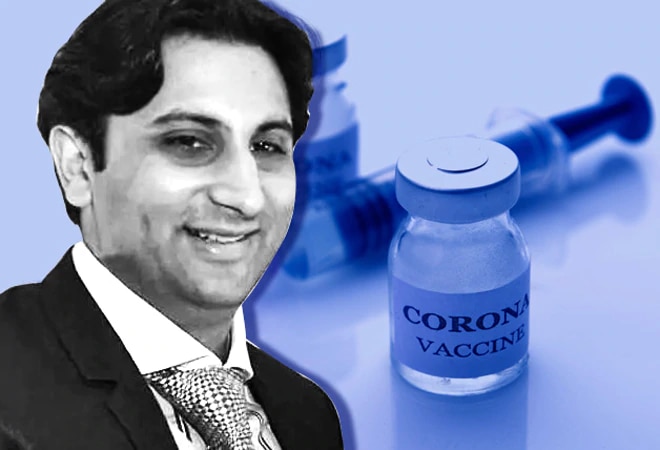 The coronavirus vaccine being developed by the Oxford University and AstraZeneca might get authorisation in the United Kingdom "by the end of this December or by early January", said Serum Institute of India head Adar Poonawalla. The jab, named Covishield, is expected to receive the required clearances in India shortly after, he further said.

The chief executive of Serum Institute - the biggest vaccine maker in the world by volume - said all trial data for Covishield has been provided to authorities in the UK and India as "nobody wants to risk safety," an NDTV report said.

ALSO READ: After coronavirus vaccine, 'vaccine passport' is the next thing to acquire

Poonawalla's comment came in response to a question on delay in regulatory approvals for Covishield during the launch of India's first indigenously developed pneumonia vaccine on Monday. The COVID inoculants had to face controversy over its efficacy data released last month.

Interim efficacy data showed that the Oxford-AstraZeneca COVID-19 vaccine had an efficacy rate of 70 per cent after two full doses. However, one of the regimens with a half dose and a full dose showed 90 per cent efficacy against the virus. This still is shy of vaccine efficacies claimed by other forerunners - Pfizer's BNT162b2 boasts of an efficacy of 95 per cent, whereas Moderna's mRNA-1273 id 94.5 per cent effective.

Notably, Covishield is one of the three coronavirus vaccines under consideration for emergency use authorisation in India after Pfizer's BNT162b2 and Bharat Biotech's Covaxin. While Indian authorities are yet to receive trial data for the former, final stage trials are still underway for the latter. Reports suggest that India is waiting for the UK to approve Covishield first. This could happen soon as rising demand for COVID-19 vaccines has resulted in the nation looking for more suppliers. The island nation was the first to grant emergency use authorisation for Pfizer's jab.

The company is yet to release any data pertaining to these claims, which Soriot said will be published at "some point".