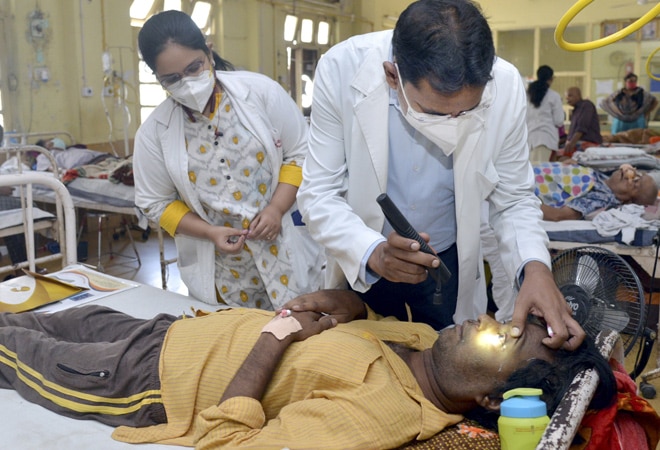 While death due to 'Black Fungus' infection cases are increasing among COVID-19 patients, the union government has licensed five more manufacturers, in addition to the existing five manufacturers and an importer, to make Amphotericin-B, an anti-fungal drug used for treatment of the Black Fungus (Mucormycosis) disease.

The government gave licence to Natco Pharmaceuticals of Hyderabad, Gujarat-based Alembic Pharmaceuticals, Gufic Biosciences and Lyka, besides Pune-based Emcure Pharmaceuticals. These companies will start producing 1,11,000 vials of Amphotericin-B per month from July 2021. Amphotericin-B is a widely used drug to treat serious fungal infections and leishmaniasis.

At present Bharat Serums & Vaccines, BDR Pharmaceuticals, Sun Pharma, Cipla and Life Care Innovations make this drug in India. Mylan Labs also imports the drug. The production capacity of these companies was extremely limited in the month of April. Following various states started reporting the disease among COVID-19 patients, these domestic manufactures are cumulatively trying to produce 1,63,752 vials of Amphotericin-B in May. This will be further ramped up to 2,55,114 vials in the month of June.

The government is also trying to proactively facilitate the newly licensed five manufacturers to prepone production so that these additional supplies begin in June 2021. The government is also actively exploring other global sources from where the Amphotericin-B drug can be imported, and the Union Health Ministry is also trying to procure other anti-fungal drugs that can be used in treatment of Black Fungus.

It is estimated that over 7,000 people have been infected in India with the disease and over 200 have lost their lives. Maharashtra has reported the highest number of cases. As per a central government directive yesterday, several states like Telangana, Odisha, Karnataka, Tamil Nadu, Rajasthan, Gujarat, and Haryana have notified Black Fungus as a disease. Overuse of steroids during COVID treatment and patients regularly taking steroids and high diabetic COVID-19 patients are believed to be susceptible to contracting the infection.