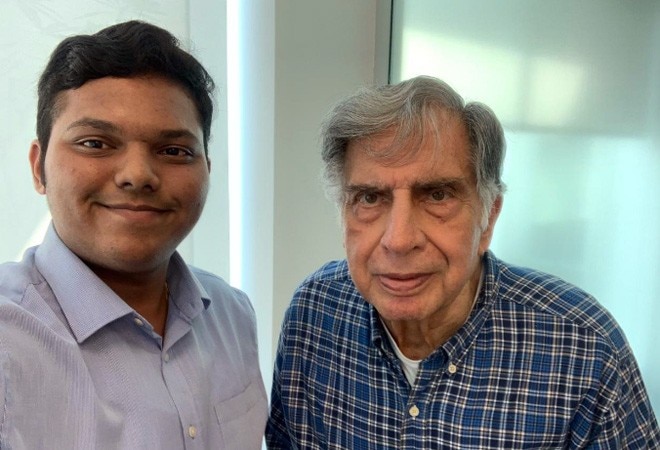 Tata Group patriarch Ratan Tata has picked up a stake in 'Generic Aadhar', a unique pharmacy retail chain promoted by 18-year old Arjun Deshpande from Mumbai. Unlike other online pharmacies, Generic Aadhar sells medicines at much cheaper rates than the market price.

Deshpande confirmed the development but refused to disclose the amount of the deal. He said the business tycoon had keenly listened to his proposal 3-4 months ago. Tata was interested to partner and mentor him in running the business.

Sources said Ratan Tata had made the investment at a personal level and it was not linked to the Tata Group. Ratan Tata has invested in many startups in the past, including Ola, Paytm, Snapdeal, CureFit, Urban Ladder, Lenskart, and Lybrate.

About 30 retailers from Mumbai, Pune, Bangalore and Odisha are part of the chain and follow a profit-sharing model. These are mainly standalone pharmacies who found it difficult to cope with intense competition from established medical stores and online pharmacies.

The stores are offered a free face-lift with Generic Aadhar branding, logo and requisite IT infrastructure with links to the head office in Thane. Generic Aadhar has about 55 employees, which include pharmacists, IT engineers and marketing professionals.

"Within a year, plans are to have 1,000 small franchisee medical stores under the Generic Aadhar fold and expand to rest of Maharashtra, Gujarat, Andhra Pradesh, Tamil Nadu and Delhi," says Deshpande.

ALSO READ:Coronavirus vaccine update: These countries are closest to finding a treatment

The company mainly supplies diabetes and hypertension drugs but will soon start offering cancer drugs at rates much lower than the market price. It has a tie up with four WHO-GMP certified manufacturers in Palghar, Ahmedabad, Pondicherry and Nagpur. Cancer drugs will be procured from a manufacturer in Baddi, Himachal Pradesh.

Deshpande had started the business with a funding from his parents, who run their own businesses. His mother owns a pharmaceutical marketing company, which sells drugs in international markets, and father runs a travel agency. The young entrepreneur says he got the business idea while travelling with his mother during a summer vacation to the US, Dubai and a few other countries to attend pharmaceutical trade events. "India provides generic drugs to the world and in many of those markets, the margins are much lower than what they are in India," he says.

A leading retail chain owner had also expressed interest in picking up stake in Generic Aadhar a year ago, but it did not fructify. Last year, Deshpande, also a student in a Mumbai college, was shortlisted for the Thiel Fellowship in Silicon Valley, a two-year programme for young people who want to build new businesses.

In the last few years, government has been trying to bring all essential drugs under price control. About 80 per cent of the drugs sold in the country, which includes over 50,000 brands, are outside price controls and they enjoy margins of about 30 per cent - 20 per cent to retailers and 10 per cent to wholesalers. The margins are even higher for premium branded products in segments like cancer and cardiovascular drugs.