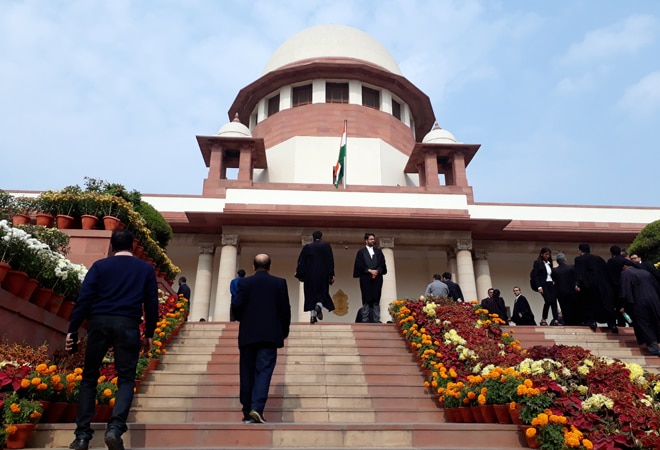 DoT told Supreme Court that all liabilities, including AGR dues have to be paid by companies before spectrum trading

The Supreme Court has reserved its order on the question of whether companies facing insolvency proceedings under Insolvency and Bankruptcy Code (IBC) can sell their spectrum or not, and how the Adjusted Gross Revenue (AGR) related dues are to be recovered from them. The apex court will also pronounce its judgement on payment of dues, if any, by Reliance Jio and Airtel against their spectrum sharing pacts with insolvent operators. Jio had signed a spectrum sharing pact with Reliance Communications (RCom), whereas Airtel had a similar deal with Aircel and Videocon.

During hearing on the AGR issue today, the Department of Telecommunications (DoT) told the Supreme Court that the guidelines mandate that all liabilities including AGR-related dues should be cleared by telecom firms prior to spectrum trading, news agency PTI reported. The DoT further told the apex court that it can seek to recover dues from sellers and buyers of spectrum, jointly or individually, it further added.

Solicitor General Tushar Mehta, on behalf of DoT, told the bench of Justices Arun Mishra, S Abdul Nazeer and MR Shah that assessment of dues is under process and once the Supreme Court clarifies the legal position on spectrum sharing, it will move to recover the outstanding amounts from the telecom companies. The DoT added that no demand has been raised against Reliance Jio and Airtel for part dues of Reliance Communications (RCom) and Videocon respectively, PTI reported.

During the hearing, Mehta told the bench that telecom companies are supposed to make two payments -- one at the threshold, when they participate in spectrum auction and the other in instalments over a period of years.

At the outset, senior advocate Harish Salve, appearing for Committee of Creditors (CoC) of RCom said that right to use spectrum is with the telecom company and it can be sold if the telco wants to.

He said the resolution plan proposes sale of right to use spectrum under trading guidelines and licence agreement recognises spectrum as a security, which can be monetised under the IBC.

The bench said that how can DoT be an arbitrator of how or whether the spectrum can be sold or not.

It observed that the DoT should cancel the spectrum licence if the dues are at a risk of being wiped out.

The bench said the court will cancel allocation of spectrum, if the telecom companies are not ready to pay the AGR related dues.

Telecom companies cannot wipe out AGR related dues by taking someone else's property free of any liability, it said.

Salve that DoT did not even seek any AGR related dues for the small fraction of RCom's spectrum used by Jio.

The bench said then it may have to lay down a law on the issue.

Senior advocate Ranjit Kumar, appearing for CoC of Aircel said that telecom companies cannot operate without the banks and economy will face setbacks, if spectrum sale is not allowed under the IBC.

The bench observed that if spectrum license is cancelled, it needs to be surrendered to the DoT and later auctioned for higher realization.

Senior advocate Kapil Sibal, appearing for Airtel said that till now no demands were made against the company by the DoT for the shared spectrum.

The bench observed that trading guidelines mandate clearing of pending dues by seller before entering any kind of sale agreement and if the sellers do not clear their liabilities then according to the guidelines the dues are transferred to the buyer.

Sibal said in that case the DoT should not have waited so long and instead clarified long back if Airtel was to be made liable for Videocon's dues.

Salve said that his client Jio has paid all dues since spectrum acquisition in 2016 as per self-assessment.

On August 21, the top court had directed the DoT to apprise it the basis of spectrum sharing done by telecom companies and how much is the liability of the sharers.

The top court asked the DoT secretary to file a specific affidavit apprising it about who was using the spectrum from the date of grant of license and from which date the respective sharing of spectrum has taken place.

It had asked the DoT what was the amount paid by Reliance Jio for using 23 per cent of Reliance Communication (RCom's) spectrum.

On August 20, the top court had expressed concern over non-payment of the AGR related dues by the telecom companies which are under insolvency saying "without paying for the horse, telcos are taking a ride".

It has observed that it is extremely worried that almost the entire AGR dues will be wiped out in the IBC process.

On August 14, the top court had sought the details of spectrum sharing pact between RComm and Reliance Jio and said as to why the company using the spectrum of the other firm cannot be asked to pay the AGR related dues to the government.

The Centre had earlier told the top court there was a difference of opinion between two of its ministers (DOT and the Ministry of Corporate Affairs) on the issue of sale of spectrum during insolvency proceedings.

The top court has made it clear it will not hear "even for a second" the arguments on reassessment or re-calculation of the AGR related dues of telecom companies which run into about Rs 1.6 lakh crore.

The apex court had in October 2019 delivered the verdict on the AGR issue for calculating government dues of telecom companies such as licence fee and spectrum usage charges.

After the top court had rejected pleas by Vodafone Idea, Bharti Airtel and Tata Teleservices seeking review of the judgement which widened the definition of AGR by including non-telecom revenues, the DoT had in March moved a plea seeking staggered payment over 20 years.