The junior Telecom Minister, Sanjay Dhote has told the Lok Sabha that it intends to receive the complete Rs 1.46 lakh crores from Airtel, Vodafone and Idea before they get any respite on the AGR 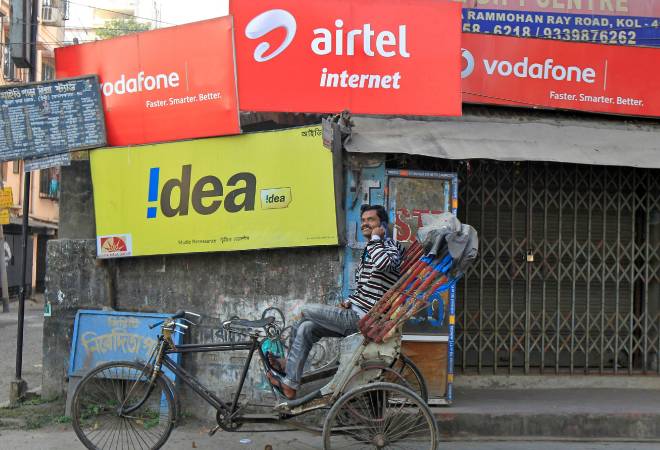 No respite for Voda, Idea Airtel on AGR

It seems that there will be no respite for Vodafone Idea and Bharti Airtel on the AGR (adjusted gross revenues) issue. On Wednesday, the junior telecom minister Sanjay Dhotre, in a reply to Lok Sabha, has made it clear that the telecom ministry intends to receive the entire Rs 1.46 lakh crore dues from the telecom firms. The telecom minister's reply has come as a rude shock for telecom companies who have assessed their liabilities much lower.

Airtel, for instance, has paid Rs 18,004 crore in two tranches to DoT (department of telecom) last month. Airtel has said that its actual dues are just Rs 13,004 crore, and the telco is depositing additional Rs 5,000 crore to cover the difference in case there's discrepancy in its own assessment vis-a-vis DoT's calculations.

"We wish to submit that the company has carried out self-assessment from FY2006-07 onwards up to December 31, 2019, and interest thereon up to February 29, 2020 in line with the AGR Judgment...accordingly, the company has paid an additional amount of Rs 3,004 crore towards the full and final amounts due over and above the ad-hoc amount of Rs 10,000 crore paid on February 17, 2020," Airtel said in a statement to stock exchanges on February 29. Airtel's payments pertain to dues on Bharti Airtel, Bharti Hexacom and Telenor India.

Now as per the data provided by the telecom minister, Airtel and Telenor India (which was acquired by Airtel) together owe Rs 37,740.36 crore, and the government expects Airtel to pay the remainder of the amount.

Though the minister's reply says that the due amounts may be revised once AGR figures are finalised, assessments are done accordingly, and audits by CAG; it's believed that the final amount would not be much different (or substantially lower) from these numbers. "I don't think the government has sufficient room to reduce the due amounts. It will worry that doing so would set a precedent for the other sectors to seek relief," says Mahesh Uppal, director at consultancy firm ComFirst.

Some reports suggest that DoT has asked telcos to submit their calculations along with the due amounts. These calculations would then be ratified by the telecom department in case they match with its own assessment. But with the wide difference between the assessed amounts of DoT and telcos, there is likely to be a tussle between both sides.

Till last week, the sector was abuzz with reports of DoT considering relief for the sector in terms of giving soft loans, and easier payment terms. There were also reports of government mulling over bringing an ordinance to change the controversial definition of AGR in order to provide relief to the distressed sector. The AGR estimates submitted by the minister seem to indicate otherwise.

Before DoT, the telcos were hoping for some relief from the Supreme Court but the apex court has been fairly strict with them. The next hearing on the modification pleas submitted by telcos is on March 17, which is also the deadline for telcos to submit their due amounts. In the last hearing, the court had sternly asked the telcos to deposit their entire dues or justify why the contempt proceedings should not be initiated against them.

Airtel does its own math on AGR, finds total dues to be much less