Reliance Jio GigaFiber: Do you need another DTH connection if you buy JioFiber set-top-box? 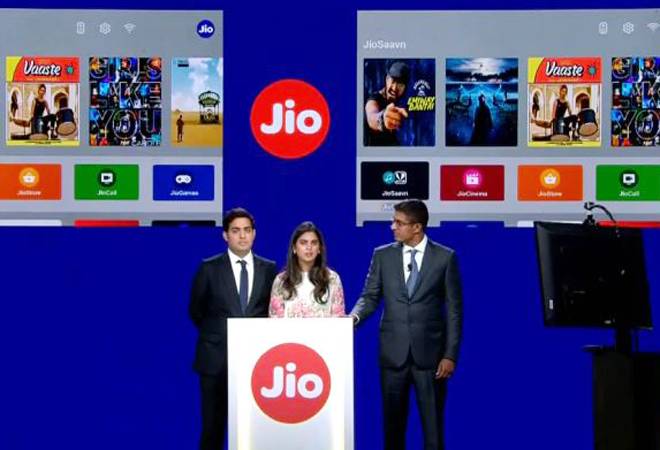 The Jio GigaFiber announcement made by Mukesh Ambani, Chairman, Reliance Industries, at the company's annual general meeting (AGM), has shaken both telecom and the broadcast industry. The announcement of GigaFiber broadband service was on the expected lines but what took many by surprise was Jio's entry into the TV broadcast service. The set-top-box offered by Jio is a beast that is capable of offering both immersive gaming and incredible TV viewing experience for the buyers.

Buyers, who opt for JioFiber broadband service when it officially rolls out on September 5, will get Jio's free set-top boxes (STBs). The Jio STBs are different from the existing STBs that are provided by Airtel or Tata Sky. The biggest difference is that the Jio's STB is an all-in-one entertainment console. Also, Jio GigaFiber subscribers will also not have to pay separately for broadband, telephone calls and TV services.

The Jio set-top-box will offer consumers access to all TV channels provided by the major Local Cable Operators (LCOs). Customers will not have to get a separate DTH connection as Reliance Jio owns Multiple System Operators (MSOs) like Den and Hathaway whose subscribers can opt for the JIO set-top box. However, there isn't much clarity on the subscription plans to any of the channel packs for now.

Apart from offering traditional TV channels, the set-top-box with JioFiber connection will offer consumers access to all of Jio's content streaming apps like JioCinema, JioTV and JioSaavn. Other top OTT platforms will also be offered via the set-top-box. Jio also plans to offer gaming, video calling and VR and MR (Virtual Reality and Mixed Reality) services through its STB.

The existing players like Tata Sky and Airtel will be affected by the Reliance's bundled JioFiber set-top-box service. The existing prices of both TV and broadband business are relatively higher owing to which customers might switch to JioFiber services which are expected to be lower. Meanwhile, to attract customers, Jio has already announced the new GigaFiber Welcome Offer and the company is also giving a Free 4K or HD LED TV.

Also Read: Reliance JioFiber launch: How much do you need to pay to install JioFiber connection at home

Also Read: Reliance JioFiber update: How to check availability in your locality, enrol for broadband service