The recharge will lock in all the existing tariff benefits currently being offered under the Rs 399 plan, including 1GB of 4G data a day for 84 days, and free unlimited outgoing voice calls and SMSs as well as domestic roaming. 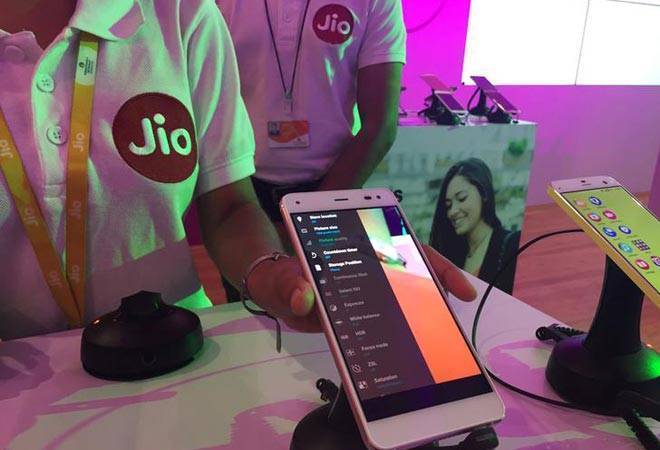 Billionaire Mukesh Ambani-led Reliance Jio on Thursday unveiled a Diwali offer for 100 per cent cashback in the form of vouchers and locking-in of existing tariff benefits for consumers recharging with Rs 399 between October 12 and 18. An official explained that Rs 400 cashback will come in the form of eight vouchers of Rs 50 denomination.

Those can be used one at a time, after November 15, against future recharges of Rs 309 and above plans and data add-ons of Rs 91 and above. The recharge will lock in all the existing tariff benefits currently being offered under the Rs 399 plan, including 1GB of 4G data a day for 84 days, and free unlimited outgoing voice calls and SMS as well as domestic roaming.

A festive surprise for our Jio family - Recharge for Rs. 399/- and get 100% cashback! Here's wishing you a #JioHappyDiwali#WithLoveFromJiopic.twitter.com/Kbcrm5QV44

Subscribers of the 'Diwali Dhan Dhana Dhan' can continue availing of benefits even after their current validity expires. A tariff plan revision is being planned from October 19, said a source. The offer is set to generate more competitive heat in the telecom sector that has of late become a tariff battleground.

Telecom major Bharti Airtel on Wednesday announced a tie-up with handset maker Karbonn Mobiles to bring a 4G smartphone at the price of feature phone, a move aimed at taking on Reliance's 'free' JioPhone offer. Reliance Jio is facing a stiff competition from Bharti Airtel as the latter launched 4G smartphone at an effective price of Rs 1,399. If the user continues to use the smartphone for another 18 months, they will get an additional refund of Rs 1,000, taking the total to Rs 1,500.

The user will also have to either recharge with a Rs 169 plan or the total amount of recharges in the first 18 months should sum up to Rs 3,000 to get a refund of Rs 500. If the buyer is able to pay another Rs 3,000 in recharges for the next 18 months they'll also be eligible for the Rs 1,000 refund.

Reliance JioPhone on the other hand is offering a 4G feature phone at an effective price of Rs 0. The user will initially have to pay a sum of Rs 1,500 to get the device and then will be eligible for various refunds after the completion of the first year of usage.