It almost feels like there's an urgency to make India the next battleground of global tech giants. While that possibility is still there, it is most likely that the battle is not going to happen anytime soon 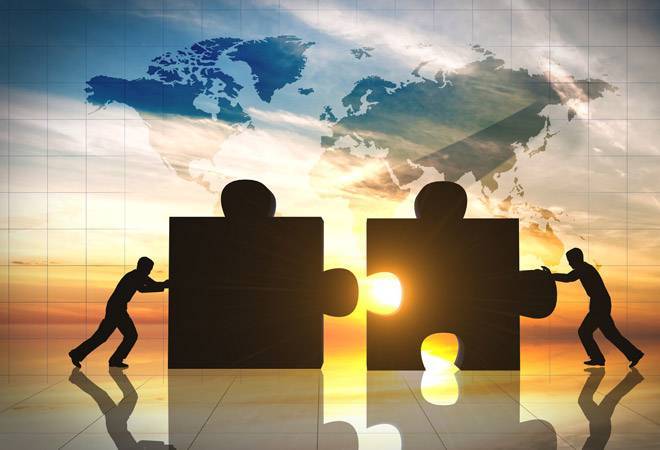 Just around the time Reliance Industries' venture Jio Platforms was busy receiving money from large overseas investors, the reports of more investments in the Indian telecom space began to emerge. Google, for instance, is eyeing 5 per cent stake in Vodafone Idea, said a report from a global financial publication. A few days later, another report said that Amazon is looking to buy 5 per cent stake in Bharti Airtel for $2 billion.

Even though both telcos have categorically denied these reports, the fire continues to rage. In fact, Airtel has gone a step ahead, and asked stock exchanges to "take adequate steps to deal with such practices which of late have become a regular pattern especially in the telecom sector."

It almost feels like there's an urgency to make India the next battleground of global tech giants. While that possibility is still there, it is most likely that the battle is not going to happen anytime soon. Why?

The simple reason is that nothing fundamental has changed in the telecom sector over the past few months. The pandemic has surely resulted in higher usage of telecom services such as voice, data and broadband, but they are likely not to have a substantial impact on the topline and bottomline of telcos.

ALSO READ: It's not Jio, it's Facebook! The real reason Amazon wants to invest in Airtel

Surely, Jio's holding company Jio Platforms has surprised everyone with a series of investments - worth Rs 97,885.65 crore - over the past seven weeks, but operators like Airtel and Vodafone Idea still wear the Rs 1.69-lakh crore AGR (adjusted gross revenue) albatross around their necks which could fundamentally change their future course.

Even for Jio Platforms, the initial euphoria around a tech giant like Facebook joining the Jio party seems to have subsided as the last few investments have come from passive investors like Silver Lake, Vista Equity Partners, General Atlantic, KKR, Mubadala and ADIA.

Nevertheless, the deal with Facebook is particularly exciting as it aims to unlock synergies between the two. Jio has ambitions to grow big in e-commerce, and leveraging the social media giant's digital presence across its two strong platforms - Facebook and WhatsApp - the Reliance Industries' telecom arm could expand its reach. Facebook too wants to expand its e-commerce and payments businesses while bolstering its ad revenues through Jio's 388-million subscriber data.

In a recent filing to the Competition Commission of India (CCI), the partners told the antitrust regulator that the proposed transaction would not alter the competitive landscape in any potential relevant market.

The intriguing part of that filing was that Facebook has created a new entity Jaadhu as its wholly-owned subsidiary to buy 9.99 per cent stake in Jio Platforms. Jaadhu was incorporated just a month before the transaction was announced, and it's based in US' Delaware - a famous tax haven for corporations. Having incorporated in Delaware, Facebook's connection with the US state is fairly old.

Shooting for the Moon

One wonders as to why there's a rush of investments in Jio Platforms, especially in the middle of a global economic disruption. On the face of it, there's really nothing that has changed for Jio Platforms, an entity that was formed late last year, in the past six months. Though it houses the entirety of tech investments of Reliance Industries - Jio, JioFiber, Jio suite of apps, cloud computing, big data, AI, IoT, and blockchain - the wireless business of Jio still remains the showpiece for Jio Platforms.

Even with Jio, which has become the largest wireless telco in subscriber numbers, the key parameters like revenues, EBITDA (earnings before interest, taxes, depreciation and amortisation) margins and ARPUs (average revenue per user) are still weaker than Airtel. For instance, Jio's ARPU for March 2020 quarter stood at Rs 130.6 as compared to Rs 154 for Airtel - highlighting the distinctively inferior quality of subscriber base.

Other businesses of Jio Platforms look promising on paper but they haven't performed well so far despite some of them being around for as long as Jio. For instance, its home broadband offering JioFiber, one of the biggest investments after the wireless business, is moving at a slow pace due to lack of aggression and weak pricing strategy.

"To believe that investors have poured in money on the future potential of those under-performing businesses would be an exaggeration. It's still a long way before the plan to connect millions of farmers, grocers, and SMBs (small and medium businesses) can be achieved. Besides, the strategy of venturing into healthcare, education and other services is largely opaque," says a telecom analyst.

While some of the Jio's plans seem far into the future, it has certainly made progress of late. JioMart, the online grocery venture of Reliance Retail which has been integrated with WhatsApp, rolled out in 200 cities last month.

ALSO READ: Why global PE giants are crazy about Jio?

But the pertinent question is why investors are making a beeline in a manner that almost seems like they don't want to miss out on something big that's for sure going to happen? The possible justification is the $700-billion 'new commerce' opportunity that RIL Chairman Mukesh Ambani talked about in last year's AGM (annual general meeting). Other reason could be the reports of Jio Platforms planning for an overseas listing next year where it would be valued much higher. So as a typical trait of PE investors, they want to own a part of Jio Platforms before it goes for the big kill.

"People do not associate Jio and RIL with high quality of services. Its apps have had a marginal impact. I believe investors could be betting on RIL's understanding of how the tech space will evolve in India," says Mahesh Uppal, director at consultancy firm ComFirst.

Recently, famed stock market investor Shankar Sharma tweeted that he felt cheated for Reliance because despite creating a massive tech enterprise, it's getting peanuts as valuation for Jio Platforms. Investors like Sharma fails to understand that Jio Platforms is still largely a telecom play. Its ambitions of being a tech player are futuristic, and given that its non-wireless investments have not fared well, the transformation into a tech company could be painful and tough.

But then, as some reports suggest, more investors are likely to join the party in the days to come. A few names doing the rounds are Saudi Arabia's sovereign Public Investment Fund, Microsoft, and Google. So either Ambani has packaged the whole 'tech positioning' so well that investors are ready to put some of their money at stake. Or there's more to it than meets the eye. "Following the global pandemic, investors are left with limited options. A lot of money which is being channelised into India (through Jio) could turn out to be risky bets," says a large investment fund manager. As such for large investors like KKR, General Atlantic, and others, investment of a billion dollar would be a tiny part of their overall investment portfolio.

A RIL source said that the board is yet to take a call on how these investments will be utilised, Jio Platforms' rather elusive tale is yet to unfold.

Only 5% employers looking to hire in next 3 months, hiring sentiment lowest in 15 years