Amazon Music said that it will not charge any additional fee for the HD tier of Amazon Music. The lossless audio feature will be available to all unlimited Amazon Music subscribers. 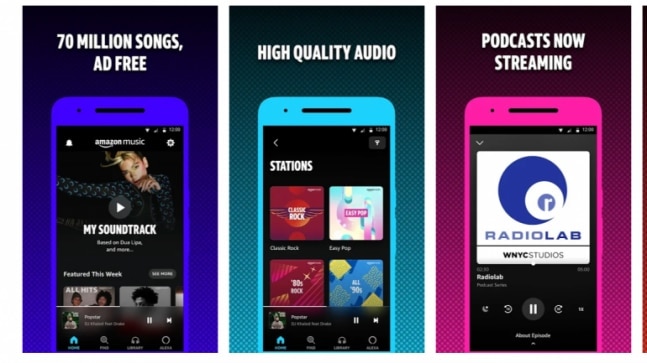 Apple on Monday announced that it would offer lossless audio as well as spatial audio to Apple Music subscribers at no extra cost. However, soon before Apple made the announcement, Amazon Music also made a similar announcement. The company said that it will not charge any additional fee for the HD tier of Amazon Music. The lossless audio feature will be available to all unlimited Amazon Music subscribers at no additional charges.

Amazon Music offers 70 million songs in lossless audio in CD quality. The subscribers get two options to choose from including the HD and Ultra HD quality. The HD mode presents CD-Quality audio that preserves details of the original file whereas the Ultra HD mode offers better quality music than the CD quality and the audio captures more detail of the studio recordings. There are over 7 million songs that the users can listen to in high-resolution. The Amazon Music also comes with Dolby Atmos support, but those songs can only be played on an Amazon Echo Studio smart speaker.

Coming back to Apple's lossless audio offering, the company said in a blog that it is making its biggest advancement ever in sound quality. "Apple Music will also make its catalogue of more than 75 million songs available in Lossless Audio. Apple uses ALAC (Apple Lossless Audio Codec) to preserve every single bit of the original audio file. This means Apple Music subscribers will be able to hear the exact same thing that the artists created in the studio," the Apple blog read.

In order to listen to lossless audio, users are required to turn it on in Settings > Music > Audio Quality. The new feature will be available for Apple Music subscribers starting next month at no additional cost.