The Hot 10 Play comes with interesting upgrades including a bigger display, a huge battery, a processor that gets the job done, and dual camera setup on the rear. 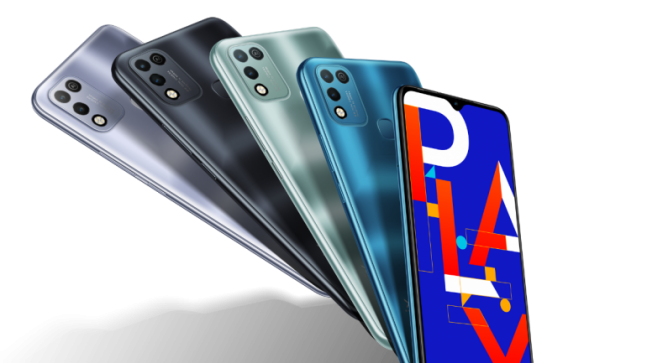 Talking about the new launch, Anish Kapoor, CEO , Infinix India, said, "Infinix has always believed in giving its users #ALotExtra features through its HOT series. Each time we introduce a new smartphone in India, we optimise it as per the customers' requirements with several FIST (First in Segment Technology) features that give the young audience an engaging and unique mobile experience without breaking a bank. In fact, it is the primary reason which makes all the devices of the HOT series appealing and much sought-after. For instance, after receiving a promising response for our previous devices like HOT 8, HOT9 and HOT 9 Pro, we introduced HOT 10 with a powerful chipset for gaming enthusiasts and a revolutionary upgrade from XOS 6.0 to XOS 7 skin making the UI of the phone intuitive and robust."

"HOT 10 Play is a perfect blend of style, performance and experience at a value-driven price and we are certain that the young smartphone users, as well as the masses, are going to enjoy an uninterrupted and immersive screen time experience with it," he added.

Infinix Hot 10 Play has been launched in India at a price of Rs 8499 in India for the single 4GB variant. The smartphone will go on its first sale on Flipkart on April 26, 2021. The smartphone will come with additional benefits for Jio users. Each device will come with a prepaid recharge or Rs 349 benefits worth Rs 4000, including Rs 40 cashback vouchers worth Rs 50 and partner brand coupons worth Rs 2,000. The smartphone has been launched in four colour variants including Morandi Green, 7° Purple, Aegean Blue, and Obsidian Black.

In the camera department, the Infinix Hot10 Play comes equipped with a 13MP AI dual Rear camera and on the front, there is a 8-megapixel camera for selfies. The smartphone houses a 6000mAh battery.