On Twitter, the official Koo handle has fewer followers than a fake handle. The company co-founder tweeted about the matter on Thursday. 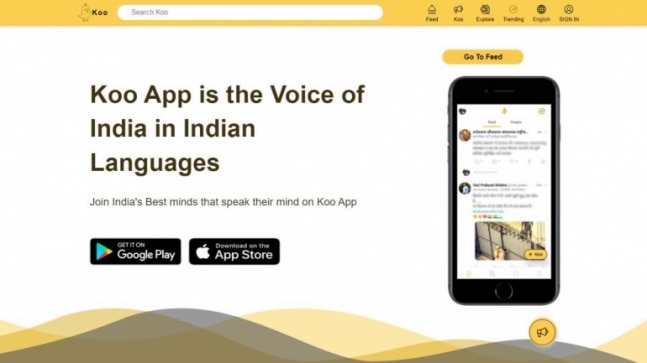 The India made Koo app is now available on web, Android, and iOS platforms.

Koo, the desi microblogging platform, is getting all the attention lately thanks to a tussle between the government of India and Twitter. This was also the reason why a host of ministers from the government joined India made platform recently. The platform also witnessed a surge in downloads and onboarded some important ministries including MeitY which set up an account. However, it turns out that Koo platform is battling for its identity on Twitter.

Aprameya, the co-founder and CEO of Koo platform, tweeted that a fake Koo Twitter handle is getting mentions across the platform and is also considered the official account. "@kooindia is the official handle for #Kooapp. @KooAppOfficial is impersonating and is fake. Please follow only @kooindia," the co-founder tweet said.

Update: Twitter has suspended the fake @KooAppOfficial after the co-founder posted a tweet requesting people to not fall for the fake handle. 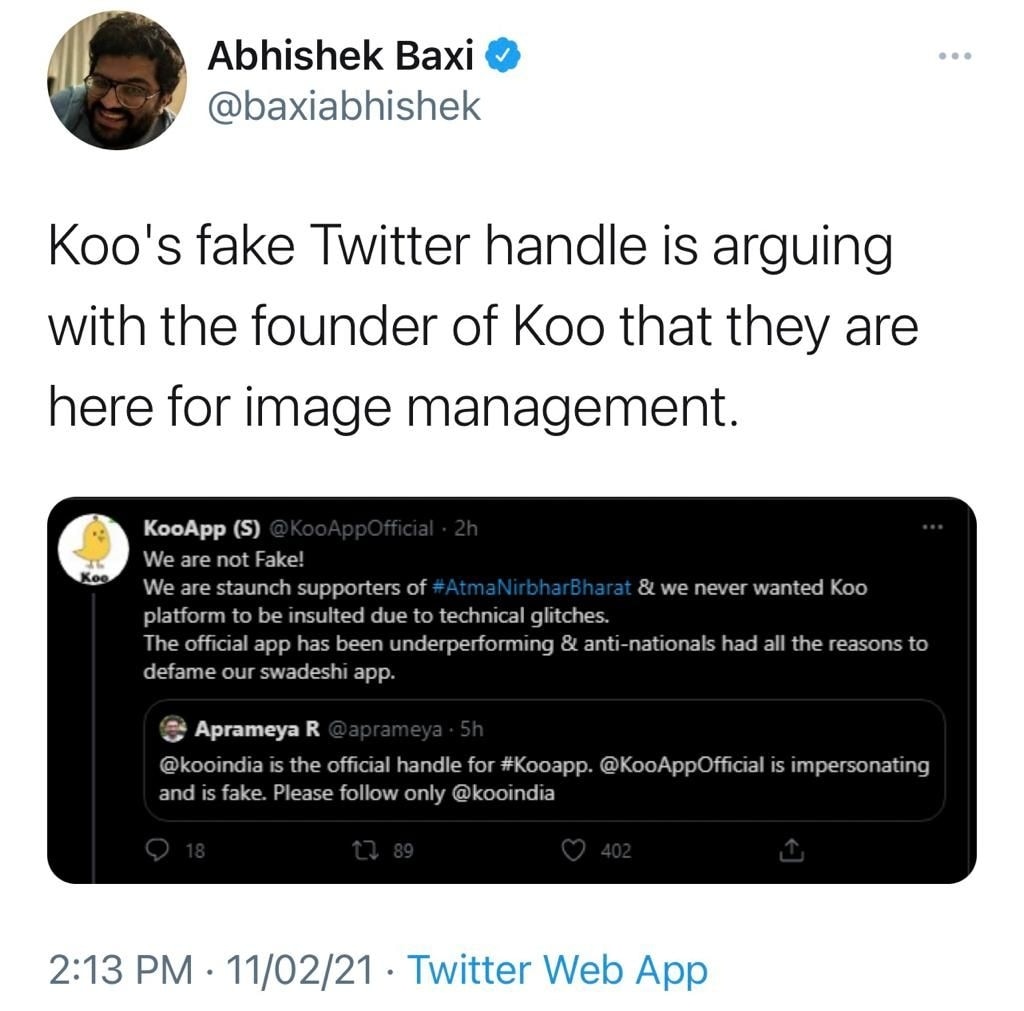 The irony is that the @KooAppOfficial is now a more popular Twitter handle on the platform than the original Koo handle and some prominent accounts like Smriti Irani, the Union Cabinet Minister for Textiles and Women & Child Development, is following the wrong handle.

The fake @KooAppOfficial handle is also leading the social media game and thanking people for following it. Late on Wednesday, the fake Koo handle tweeted thanking Miniter Smriti Irani for the follow. "Thank you so much Hon'ble Union Cabinet Minister for Textiles and Women & Child Development @smritiirani ji for following @KooAppOfficial." 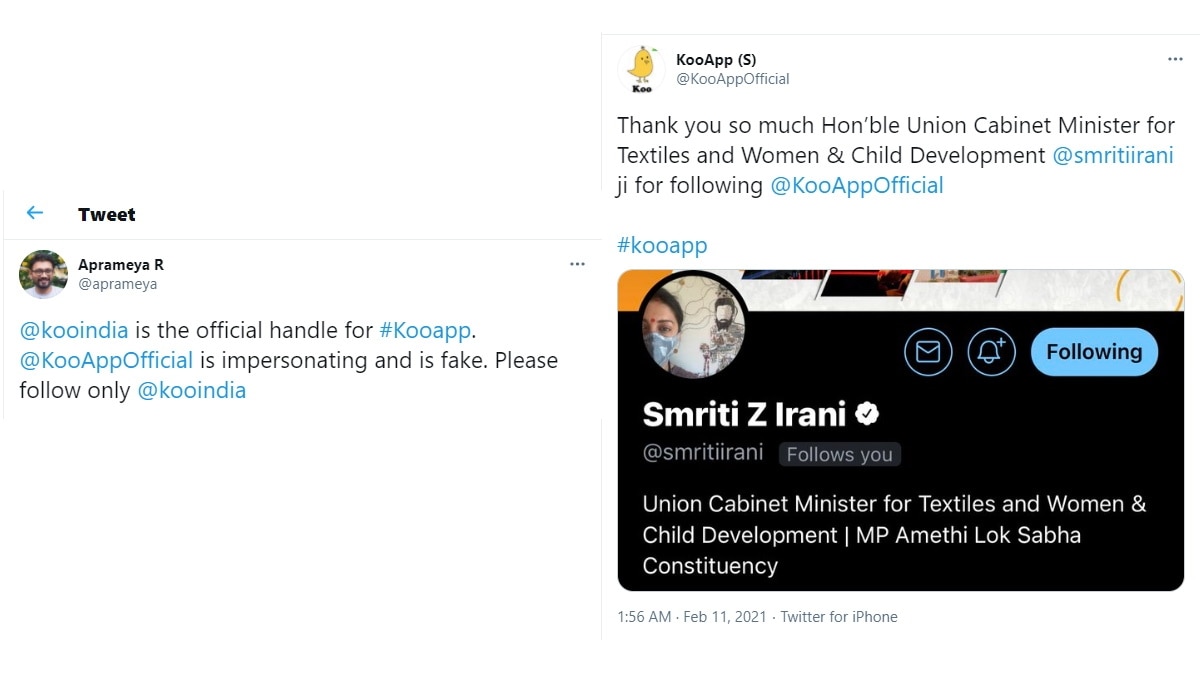 At the time of writing this story, the fake Koo handle had over 19,000 followers while the original Koo Twitter handle had around 6,500 followers. It's worth seeing if Koo reports the fake handle to Twitter.

Koo now has a host of official departments and ministries on its microblogging platform. Some of the popular accounts that have joined Koo platform include Ministry of Electronics and Information Technology (MEITY), MyGov, Digital India, India Post, National Informatics Centre (NIC), National Institute of Electronics and Information Technology (NIELIT), Common Services Center, UMANG app, Digi Locker, National Internet Exchange of India (NIXI) and Central Board of Indirect Taxes and Customs (CBIC) among others. Notably, the majority of these accounts have also been verified by the platform.

The sudden rise of downloads and onboarding of new users to Koo platform is not surprising. The move was seen by many as a strategic response as an action against Twitter India for not complying with the order for blocking around 257 tweets and Twitter accounts which were tweeting about farmers' protest. The government on Wednesday took a strict stand and asked Twitter India to block 257 accounts. It added that these accounts were non-negotiable.

Bought Nokia 5.3 last year? Here is why you should not upgrade to Nokia 5.4