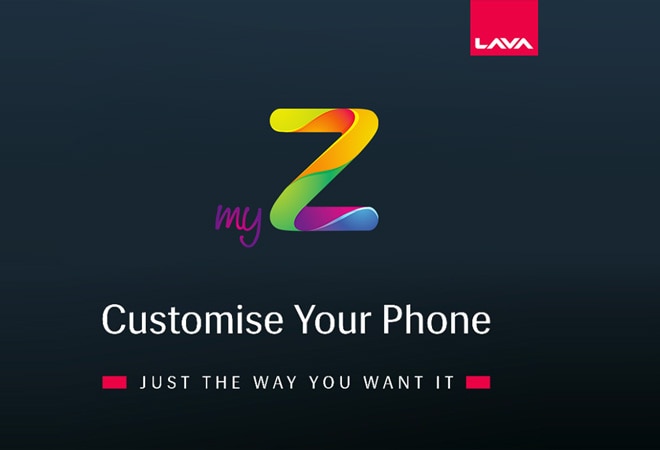 Homegrown mobile brand Lava on Thursday, January 7, introduced a new concept, world's first made-to-order phone - MyZ. Other than custom-designing the phone, the domestic manufacturer says consumers can even upgrade it basis their requirement. The smartphone can be customised in 66 unique ways with options of increasing or changing RAM, ROM, front camera, rear camera(s) and even the colour of the phone.

The 'Made-to-Order' concept for smartphones will allow customers to choose between a 2GB, 3GB, 4GB or 6GB RAM, as well as mix and match it with 32GB, 64GB & 128GB ROM. Furthermore, users can choose between a dual (13+2MP) or a triple rear camera (13+5+2MP), an 8MP or a 16MP selfie camera. One will even have the option to select the colour for the MyZ device. The phone can be 'Made-to-Order' on Lava's e-store.

"We are proud to announce the artwork of our young and passionate R&D and design team from India, which made Lava the first ever company in the world to accomplish such a unique milestone. This concept, apart from fulfilling the consumer's needs, will also make Lava a very nimble and efficient company in upstream and down-stream supply chains," said Sunil Raina, President and Business head, Lava International.

More importantly, with Z-Up, the company aims to eliminate the device upgrade cycle. "As the usage pattern of the consumer changes, they want to upgrade their phones with a higher RAM/ROM specification. At that time the consumer is left with no option but to buy a new phone with a higher feature set and is forced to spend the full cost of a new phone," said the company.

With Lava's Z-up, customers can upgrade their phone's RAM and ROM by visiting a Lava service centre, by paying an incremental charge for upgraded components.

"With this unique innovation, we will save customers' money, avoid the hassle of transferring data to a new phone, while ensuring environmental safety and offering protection from e-waste. We firmly align ourselves with the Prime Minister's vision of Make in India and Atmanirbhar Bharat with zero defect and zero effect" added Raina.

MyZ & Z-up series will be powered with a MediaTek Helio G35 Octa-core processor and will have a stock Android 10 user interface. On the hardware front, the phone will have a waterdrop notch, HD+ display of 6.5" (16.55 cm) with Corning Gorilla Glass 3 protection. They will ship with a 5,000 mAH battery and Type-C charging port.