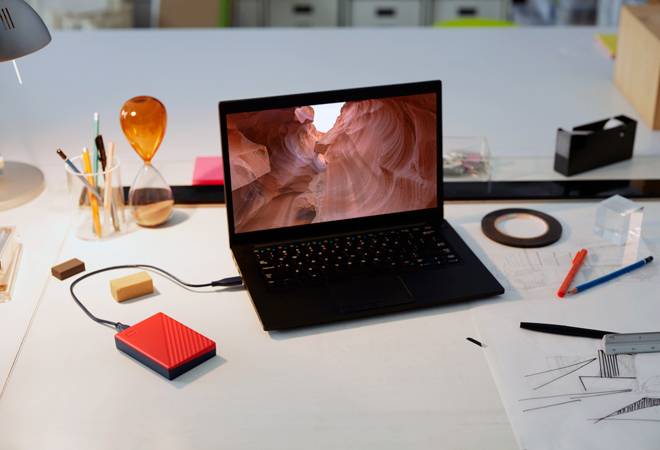 Western Digital has launched the My Passport portable HDD in India

To bring in feature-rich functionality for hassle-free content backup, Western Digital (WD) has launched the My Passport portable HDD in the country. Offering a plug and play like seamless experience, the new HDD features WD Backup software that will identify the existing backed files and will initiate a backup of the new data.

In November last year, WD undertook research to predominantly understand the behaviour of the Indian consumer when it comes to backing up their data. The research revealed that one in two PC users take partial backup of their data, and one in every four PC users in India has lost their data in the past. The common reasons stated for losing data have been a virus attack, system crash, or a forgotten password, to name a few. WD says 42 per cent of the respondents cited the paucity of time and the tediousness of the data backup process as the key deterrents for backing up their content. Among the researched group, only 24 per cent of females and a meagre 18 per cent among the 36-45 age group back up their data.

Khalid Wani, Direct Channel Sales, Western Digital India, says, "As the study points out, people find the process of backing up data inconvenient and time-consuming. Our new My Passport addresses this concern and offers automatic back up, where a user can just pick the time and frequency to back up important files from their system onto their My Passport drive.

"People increasingly realize the importance of their content - often memories that should last a lifetime. If you look at the younger generation, from 22-35 years old, they are the trend drivers, and over 82 per cent of them back up their data. We expect to see this habit spiralling to all consumer segments," says Jaganathan Chelliah, Director Marketing, Western Digital India.

This latest generation of the My Passport line is claimed to be up to 30 per cent smaller than its predecessor while offering a higher storage capacity. The My Passport drive is formatted for Windows 10 and features a USB 3.0 connector that is compatible with USB 2.0. The one for Mac is formatted for macOS and has a USB-C connector to deliver plug-and-play storage out of the box. For content protection, the drive features WD Discovery software for WD Security (password protection and 256-bit AES Hardware Encryption), social media and cloud storage import (like Facebook, Dropbox and Google Drive) and WD Drive Utilities.

And the WD Backup software helps in taking backup of all photos, videos, music and documents. And will be available 1TB and 5TB capacities, priced at Rs 4,499 and Rs 10,999, respectively.

WD storage devices are manufactured at various locations including Malaysia, China and Thailand. While the company does not have a manufacturing site in India, it has an R&D facility with over 2700 employees in the country. "India has been instrumental in the design and development of some supercritical products for us right. For instance, our high capacity 1GB micro SD cards was designed in India. Similarly, a lot of our dual drives and our external USB drives, and a lot of other products are actually designed and developed here," adds Wani.

Commenting on the impact caused due to Coronavirus, Wali clarified that WD factories, as of now, had not had any direct impact whatsoever. And as far as India is concerned, WD continues to import its products into the country.