A new entrant in Indian mobile handset market has unveiled what is being touted as the world's cheapest smartphone but has also raised concerns on feasibility of offering such a low price. 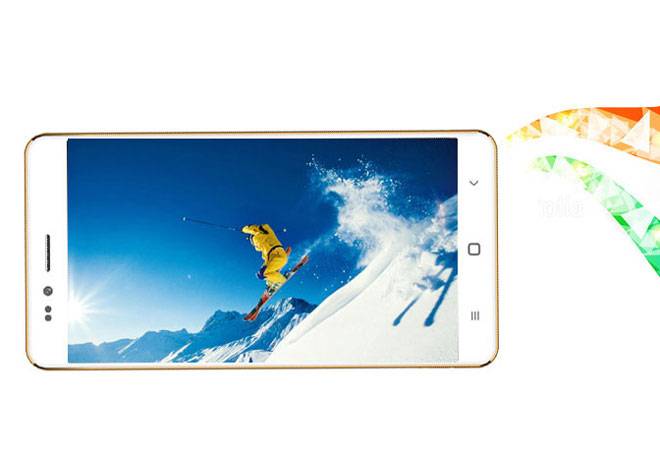 A new entrant in Indian mobile handset market has unveiled what is being touted as the world's cheapest smartphone but has also raised concerns on feasibility of offering such a low price.

A new entrant in the Indian mobile handset market Ringing Bells has unveiled what is being touted as the world's cheapest smartphone - for Rs 251 - but has also raised concerns in the industry on feasibility of offering such a low price.

Defence Minister Manohar Parikkar, who the company had said would launch the phone, could not make it due to "cabinet meeting", the event's organisers said.

Ringing Bells' President Ashok Chaddha said manufacturing cost of the phone is about Rs 2,500, which will be recovered through a series of measures like economies of scale, innovative marketing, reduction in duties and creating an e-commerce marketplace.

"By going for Made in India components, we can save on the 13.8 per cent duty. Also, we will be selling online first and thus save the costs incurred on large distribution network," he said.

Chaddha also rejected speculations of the handset being subsidised by the government.

"The phone will be manufactured in Noida and Uttaranchal. Two plants will be set up for Rs 250 crore each with a capacity of 5 lakh phones. The money will come in the form of debt and equity (1.5:1)," he said.

Chaddha added the equity is being met by the promoter family of the company that is "engaged in agri-commodities business" in Uttar Pradesh but declined to give further information.

Sunit Singh Tuli, the CEO of Datawind that produced the $35 Akash tablet for government a few years back, said a 3G device with the specs offered would cost almost eight times higher than what's being offered.

The industry has also raised concerns about the pricing of the device and has asked Telecom Minister Ravi Shankar Prasad to get into depth of the issue, saying the price could not be below Rs 3,500 even after a subsidised sale.

In a letter to the minister, Indian Cellular Association (ICA) also said it is not appropriate for senior political and government leadership to be present at launch till the air around this is cleared.

"For your kind information, the bill of material value for a product like this when sourced from the cheapest supply chain cost approx $40 (Rs 2,700). And this when translated into retail price after addition of applicable duties, taxes and with distribution and retail margins would be at least Rs 4,100 while the product is being sold at Rs 251," ICA National President Pankaj Mohindroo said in the letter.

He added even if the product is sold at lower margins in a e-commerce type subsidised sale, the final consumer price cannot come below $52-55 (about Rs 3,500-3,800).

Also, with no visible mobile operator subsidy involved in this, the price does look difficult to offer.

India's most affordable smartphone at Rs 251