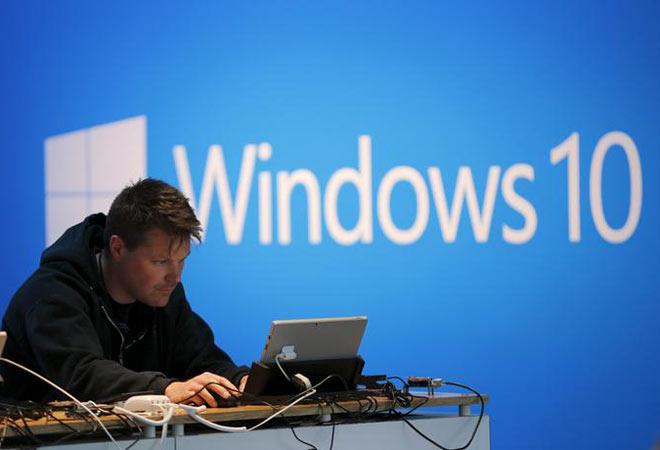 Microsoft will start rolling out its new operating system Windows 10 around the world, including India, with a host of new features as the longtime leader in PC software tries to lure back consumers who gave up on Windows for mobile devices.

Armed with new innovative features like Cortana, an Xbox app and Microsoft Edge, the long-awaited Windows 10 would be available to computers and tablets in 190 nations.

India, a critical market for Microsoft , will be among the 13 countries where the technology giant will host mega events.

The technology giant's India-born CEO Satya Nadella will have the Windows 10 launch party in Kenya.

"Arrived in Kenya to celebrate @Windows 10 launch with fans & learn how tech is #empowering Kenyan people & orgs," he wrote on Twitter.

It is being described as one of the biggest launches in the company's history.

"A new era of Windows starts today. From the beginning, Windows 10 has been unique  built with feedback from over 5 million fans, delivered as a service and offered as a free upgrade," said Terry Myerson, executive vice president, Windows and Devices Group, at Microsoft.

"Windows 10 delivers on our more personal computing vision, with a natural, mobile and trusted experience. Along with our partners, we're excited to deliver the best Windows ever, which will empower people and organisations around the world to do great things," Myerson said in a statement.

According to a Microsoft statement, upgrading to Windows 10 is easy for customers running a genuine Windows 7 or Windows 8.1 PC or tablet.

For business customers, Windows 10 is available to start deploying within their work environments, and starting August 1, organisations that have volume licensing can upgrade to Windows 10 Enterprise and Windows 10 Education.

Microsoft said the most secure Windows ever, Windows 10 is delivered as a service and kept automatically up-to-date with innovations and security updates.

Windows 10 offers one experience that will become available on the broadest range of devices, including PCs, tablets, phones, Raspberry Pi, Xbox One, HoloLens and more with more than 2,000 devices or configurations already in testing, it said.

The Washington Post said overall, Windows 10 is a solid system.

It's familiar enough so that most people will probably feel comfortable upgrading, with a sprinkling of new user-centric features that shows Microsoft's eyes are on the future.

"Nadella has been clear that it's not enough for the company to get people using its products, it also wants them to enjoy using them. Windows 10 has clearly been designed with that thought in mind whether it's enough to convince people to love their Windows PCs remains to be seen," the daily reported.

Why Microsoft won't find it easy to push for Windows 10

Four reasons why Windows 10 is better than Windows 8