The Mi Band 6 is one of the most awaited smart bands in the entry-level segment. Several leaks have appeared to help us with the ins and outs of this device. So we rounded up everything we know so far about the Xiaomi Mi Band 6 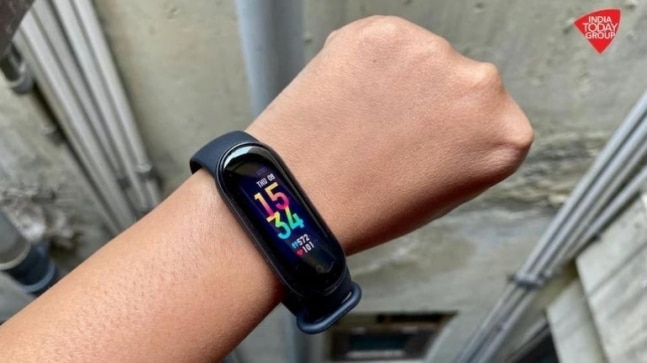 The popularity of Xiaomi's Mi Band is unprecedented in the entry-level segment. Its previous iterations have turned out to be hugely successful. Hot on its tail Xiaomi is looking forward to bringing the Mi Band 6.

The Mi Band 5 launched back in China in June last year. It brought a host of health features, including 100 watch faces. This band also made an interesting design change to eliminate the need for removing the capsule from the band for charging. Xiaomi switched to a magnetic charger for the first time on the Mi Band 5. The company launched the smart band in India by September.

A recent leak from a website that mostly reports about Xiaomi and Huami wearables claimed that a new device codenamed "Pangu" with model number XMSH16HM. This device was found during the inspection of the Zepp App previously known as Amazfit hence, confirming the arrival of the Mi Band 6.

We have gathered a decent amount of information about this upcoming wearable. So, keep reading to find out everything we know so far about Mi Band 6.

--The Mi Band 6 is touted to bring features like SpO2 sensor, Alexa support, and more. Another interesting feature that might make it to the upcoming smart band is built-in GPS.

--We expect the Mi Band 6 to follow the same design language as the Mi Band 5 with a few subtle changes here and there.

--Through the information revealed from a firmware file, we know the upcoming smart band will have a china variant (XMSH16HM) and a global variant (XMSH15HM). The Chinese variant is expected to ship with NFC whereas the Global variant misses out on the same.

The resource file reveals a few features that might make it to the consumer variant. The Mi Band 6 might see a bigger and a higher resolution display. It may also get an SPO2 sensor, Alexa support, and over 30 dedicated sports modes.

The resource file also tells that the band will be able to display emojis too. Users will also be able to decline calls with automatic replies like - "please call me later, I am driving and more" from the smart band itself.

--Other features may include 24-hour heart rate tracking and sleep tracking. The best part here is that users can access the sleep tracking data from the band itself. Also, notifications from over 300 popular apps such as Gmail, Discord, Messenger, Instagram, Facebook and more can be displayed on the Mi Band 6. --As reported, the UI is also getting a refresh on the upcoming smart band. Apart from this, the smart band will even allow users to smart home devices supported by the Mi Home app. Hopefully, this feature will be available globally and not be region-specific.

The Xiaomi Mi Band series has been a huge success, and the last iteration, i.e. the Mi Band 5 has set the bar even higher. That being said, the expectation from the Mi Band 6 is high hence, the engineers and developers at Xiaomi will have to go that extra mile to make it stand out.