Microsoft has announced its latest laptop offerings in the form of Surface Laptop 4. The series is up for sale in select markets, in a total of four CPU options, two each from AMD and Intel, and several memory variants. 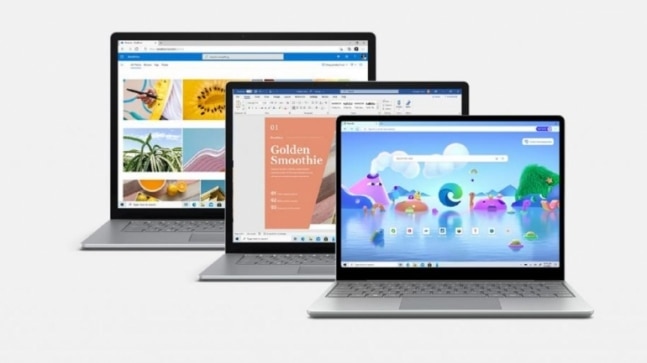 Building on its more than four decades of hardware legacy, Microsoft has announced the new Surface Laptop 4. An update to the Surface Laptop 3, the new laptops will come with a choice of new processors - AMD Ryzen 4000 and Intel 11th gen processors.

This means that the new Surface Laptop 4 will be available in two CPU options, each from AMD and Intel. Microsoft says that it has customised the silicon in both the chips in ways that "boost performance while offering improved battery life."

These CPU choices on the Surface Laptop 4 include Ryzen 5 4680U and Ryzen 7 4980U from AMD and Intel's Core i5-1135G7 and Core i7-1185G7. The AMD parts feature Radeon Graphics, whereas the Intel parts have Intel Iris Xe Graphics.

The rest of the laptop follows in the footsteps of its predecessors. The Surface Laptop 4 is available in a choice of 8GB, 16GB, or 32GB LPDDR4X RAM and a removable 256GB, 512GB, or 1TB SSD storage. Another choice to be made is among the screen size options - 3:2 PixelSense touchscreen displays in 13-inch and 15-inch sizes.

The Surface Laptop 4 also retains the iconic design, details, and materials of Microsoft's laptop lineup. These will be available for purchase in Alcantara or metal finishes in a total of four colours, including Sandstone, Platinum, Matte Black and a new Ice Blue colour. All in all, a variety of options to choose from.

As for the connectivity options on the new Microsoft laptops, the Surface Laptop 4 comes with a USB-C, a USB-A, a Surface Connect port, a headphone jack, Wi-Fi 802.11ax, and Bluetooth 5.0. Other features include a 720p webcam, dual far-field mics, Dolby Atmos Omnisonic speakers, and a large trackpad with gesture support. All the variants also come with support for the optional Surface Pen.

The Surface Laptop 4 will be available in a total of 22 preset options. Of these, the AMD CPU variants will start at $999.99, while those with the Intel CPU will begin retailing at $1300. The new laptops by Microsoft are up for sale now in the US, Canada, and Japan and will start shipping on April 15. Microsoft says that availability in other markets will begin in the following weeks.

In addition to the laptops, Microsoft has also introduced a range of PC accessories. For all Surface Laptop 4 orders placed in the US before April 15, Microsoft is offering its Surface Earbuds to buyers for free.