Throughout the lockdown, Amazon Prime Video has been at the forefront of direct-to-digital releases of films such as Gulabo Sitabo on its platform 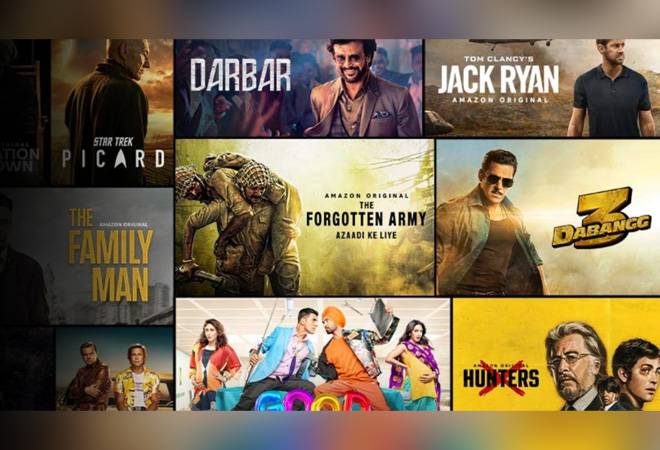 Amazon, in 2020, has launched originals such as Panchayat, Forgotten Army, Four More Shots (Season 2), Patal Lok, Beat Into The Shadows and Breathe (Season 2)

OTT platform Amazon Prime Video is soon going to launch original shows and films in Tamil and Telugu. "Our customers are spread across the length and breadth of the country, our service is now available in 4,000 cities and towns, so it is important that we are able to tell stories that will connect with everyone. That's why localisation becomes important, our consumers are able to watch content in the language they want to," says Aparna Purohit, Head, Originals, Amazon Prime Video. The platform, says Purohit, is in discussion with top notch Tamil and Telugu content creators. "We will be coming up with compelling stories entrenched in their culture that will talk about the local fabric," she adds.

Throughout the lockdown, Amazon Prime Video has been at the forefront of direct-to-digital releases of films such as Gulabo Sitabo on its platform. Though Purohit claims that Amazon's strategy is customer-centric, purely based on customer needs and preferences, industry experts believe that direct-to-digital releases is a win-win for both the platform as well as the production company.

"For a platform such as Amazon, releasing a film directly on its platform is a great way of strengthening its customer loyalty and for the producer, especially a small and mid-sized one, it is assured revenue and it wouldn't mind bypassing the theatres," says that Media and Entertainment practice head of a leading consulting company. "Only 5-7 per cent of small budget films made at a cost of Rs 10-15 crore earn a Rs 50 crore revenue at theatres. If a producer can do a good OTT deal, he may be able to earn more than his budget and even get 10-15 per cent ROI, without a theatrical release," he further explains. Amazon is all set for its next direct-to-digital film release, Shakuntala Devi.

The OTT platform is also launching its new Hindi original show, Bandish Bandits in August. "Bandish Bandits is a musical romance, it has original music of Shankar-Ehasaan-Loy. It's a story set against the backdrop of Jodhpur, talks about whether music is expression or discipline," says Purohit. Amazon, in 2020, has launched originals such as Panchayat, Forgotten Army, Four More Shots (Season 2), Patal Lok, Beat Into The Shadows and Breathe (Season 2).

Is the platform also considering a short-form user generated content video platform, like its peer ZEE5 has recently announced? After all, shorter duration user-generated content has seen immense traction through the COVID lockdown, especially in the smaller markets which felt the pinch of original TV content drying up. Purohit doesn't rule out any possibilities. "Our strategy is always evolving and if we feel there is a need gap, we will work towards addressing that. Having said that, the number of people who have watched our recent shows such as Patal Lok and Breathe Into The Shadows, has been overwhelming. There is clear a void there too and we are happy that we are able to fill it up."