Amazon to foray into food delivery space with Prime Now

Amazon's plan is to start food delivery with brands like Domino's, Rebel Foods (formerly Fassos), Eat.Fit, which is Cure.Fit's food business, and its own private brands and is tentatively gunning for a 2020 launch 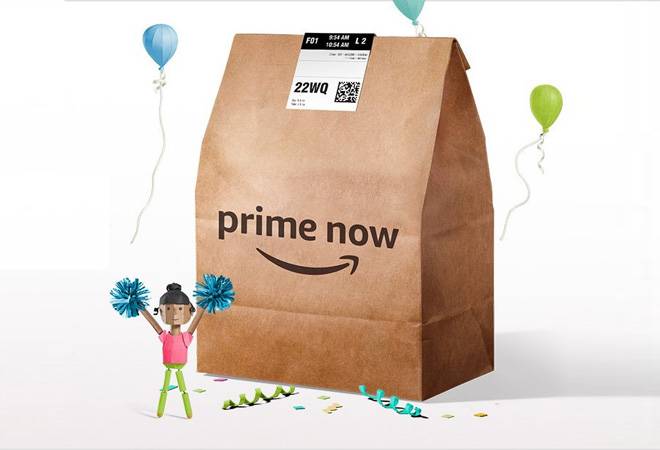 Amazon India has long been eyeing the food delivery business in India. As per market reports, the e-commerce giant's Prime membership plan had logged more than 10 million users in the country in 2018 and Amazon is confident that the addition of a food delivery segment to its Prime offering will not only bring in more daily users but also boost the number of transactions.

People aware of the company's plans told The Times of India that Prime Now, Amazon's two-hour grocery delivery platform, could be the primary vehicle for its foray into food delivery business in India. "Amazon has spent some time debating whether to build food delivery from scratch or go for partnership and investments. They seem to have opted for the latter. They have held talks with both Uber and Ola for it," said a source, adding that Prime Now cannot be sustained just on the grocery delivery and "the logistics team has questioned inefficient utilisation of delivery fleet for the express delivery platform".

Late last month, speculation was rife that Amazon had held preliminary talks for a potential buyout of the local unit of food order and delivery platform Uber Eats. The company has since also approached Ola's food delivery unit Foodpanda for a potential partnership for this business, which could be extended to an acquisition.

These moves come even as the Jeff Bezos led behemoth has failed to gain traction with Pantry, its monthly grocery business. Online grocers like Bigbasket and Grofers are much ahead of Prime Now, which was launched to take on these companies in the e-grocery space. Meanwhile, the flushed-with-funds food delivery space is seeing intense competition. Research portal Statista predicts that revenue in this segment will post a CAGR of 16.7 per cent in the next few years, resulting in a market volume of $5.7 billion by 2022. A deep-pocketed player like Amazon would have the muscle power to incentivise orders unlike Ola and Uber, who are reducing capital allocation for their respective food verticals.

Amazon's plan is to start food delivery with brands like Domino's, Rebel Foods (formerly Fassos), Eat.Fit, which is Cure.Fit's food business, and its own private brands and is tentatively gunning for a 2020 launch. Siddharth Nambiar, head of Prime Now in India, and Sameer Khetarpal, director (category management), Amazon India, are reportedly spearheading talks for the food delivery business.