While both the iPhone XS and iPhone XS Max have been available since September 28, the Apple's take budget-friendly smartphone will become available this month. 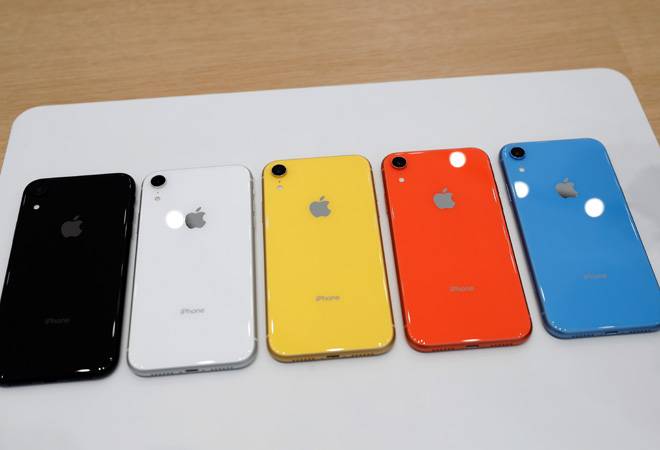 Prices for the Apple iPhone XR will begin from Rs 76,900, which will be for the base 64GB variant. The 128GB variant will be sold for Rs 81,900, whereas the 256GB variant will retail for Rs 91,900. It has been a while since Apple has deviated from its usual array of colours for iPhones, and the iPhone XR will be available in black, white, yellow, blue, coral and (PRODUCT) RED colour options.

To pre-order the iPhone XR, buyers can visit Apple's official website, or online retailers Flipkart, Amazon.in and Paytm Mall. The Apple iPhone XR can also be pre-booked from Apple's retail partners Imagine store. After pre-ordering the device, buyers will have to pay the full amount once the device goes on sale in India.

The iPhone XR sports a 6.1-inch edge-to-edge LCD display with 1792 x 828 pixel resolution and 326 PPI. Apple claims it to be the most colour-accurate in the industry, with wide colour support and True Tone for a more natural viewing experience.

At the back is a single lens camera with a 12MP sensor which is similar to the wide-angle camera as the one found on iPhone XS and iPhone XS Max. It has an aperture of f/1.8 and comes loaded with optical image stabilization, a 6-element lens, focus pixel with a quad LED truetone flash, among other features. Improvements to the ISP, Neural Engine and improved software algorithms enable portrait photos with a beautiful bokeh effect. New Depth Control allows users to adjust the depth of field both in real-time preview and post-capture to create portraits with a beautiful bokeh effect.

There is also a True Depth camera module at the front including an ambient light sensor, proximity sensor, flood illuminator, infrared camera, front camera and Dot projector. This setup supports FaceID for unlocking the phone. The iPhone XR will support gestures as Apple has bid adieu to the home button for its entire line-up for the first time. The iPhone XR features 7000-series aerospace-grade aluminium and more durable glass in its construction, and comes with IP 67 rating for dust and water resistance.

Paytm teams up with Softbank, Yahoo to launch QR-based service in Japan