Through iPhone and Apple Watch, Apple has already been able to do a part of some of those moments before bedtime 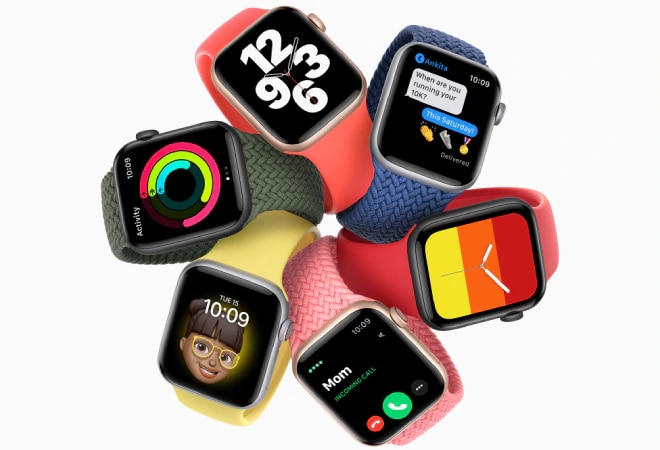 At the wake-up time, Apple Watch shows the battery level right away, reminding users to charge if needed

Apple wasn't the first manufacturer to launch a smartwatch, nor is it the first one to introduce sleep tracking. However, unlike other smartwatches and fitness trackers that simply present the data on the basis of the body moment, Apple has been working on sleep tracking feature for years. The tech giant has adopted a holistic approach by looking at the ways to help people not only track their progress towards a healthy amount of sleep but also create the pre-bedtime routine for going to bed on time to achieve health goals.

"Apple has this honor of being present with people throughout the day, so we looked at how we could use these touchpoints to gently change the experience and help people shift their focus toward going to sleep. So we built Wind Down, which helps people in their transition to sleep through a balance of supporting and reminding," says Kevin Lynch, VP of Technology at Apple.

Even in today's age, sleep is not researched fully. Researchers are still looking into what happens during sleep and how it impacts health, including the role of different sleep stages. Identifying sleep as one of the main pillars of everyday health, Apple started innovating around sleep when it first began working on health features.

Apple took time to learn that the science of sleep is still not fully understood and hired several sleep experts. Working for years to better understand the role Apple could play in sleep, the company ran studies with thousands of participants to learn more about the ways it could coach on sleep. This is one of several times when Apple has entered an area in health to find that the science is still evolving.

The findings of the research and studies revealed while a lot is to learn about what happens during sleep, having enough sleep is vital to everyone's health. One of the reasons why getting enough sleep is unexpectedly elusive to many people is because the transition from being awake to going to sleep can be difficult. But Apple found that many people have had success overcoming this issue by holding themselves to a night routine. This can be called a habit or a ritual that puts them in a pre-bedtime mindset and eases them toward sleep.

"Perhaps the most important thing you can control is going to bed. We thought about how we could support people in their transition to sleep - and getting into the right mental state - to enable them to set themselves up to meet their sleep duration goals," adds Lynch.

How sleep tracking works on watchOS 7?

Through iPhone and Apple Watch, Apple has already been able to do a part of some of those moments before bedtime. Now Apple has used those touchpoints of iOS and watchOS to slightly change the experience for people when it gets close to bedtime, so they're prompted to begin shifting their focus toward going to sleep.

Apple has created the Wind Down feature that helps users create a routine to help body transition from wakefulness to sleep. This includes creating customised routine before bed, including setting up a specific scene in the Home app, listening to a soothing soundscape, or using a favourite meditation app.

Through the design of Wind Down - which dims the screen on iPhone and Apple Watch and provides a distinct pre-bedtime experience - Apple gently reminds people of the goals and intentions they have set for themselves to get the sleep they need and support them in reaching them. Combined with bedtime feature and sleep mode, the former reminds users to go to sleep at the time they would like to and the latter simplifies the screen on the devices to help minimise distractions.

As the user falls asleep, Apple Watch using a machine learning model senses motion and interprets micro-movements caused by the rise and fall of the breath, providing signals for when to awake and when to sleep. At the wake-up time, the Apple Watch offers a haptic alarm that wakes the user without sound, so no one else is bothered. Post alarm, a friendly greeting appears.

The sleep charts that track sleep goals, sleep highlights, full sleep schedule, as well as your sleep experience, appear in the Health app on iPhone. It shows sleep analysis with a sleep goal and sleep schedule overlay for the user to track progress.

Keeping in mind that many users might be charging their Watch at night, Apple has introduced new features to steer through the charging routine. For instance, the Apple Watch has to be charged at least 30 per cent before bedtime. If it is less than that an hour before the scheduled bedtime, the user will receive a reminder to charge the watch before the bedtime.

At the wake-up time, Apple Watch shows the battery level right away, reminding users to charge if needed. Also, Apple Watch will use minimal battery resources overnight because of system optimisations designed for the sleep experience, like eliminating Wake Screen on Wrist Raise with Sleep Mode.

Motivating people to follow a healthy routine, Apple has also designed an interface that congratulates people on their successes in meeting their sleep goals. This is especially important when it comes to sleep because anxiety about not getting enough of it in itself hinders people to get the sleep they need.