Considering we all have different requirements and tastes, here's a list of devices organized according to different budget preferences. 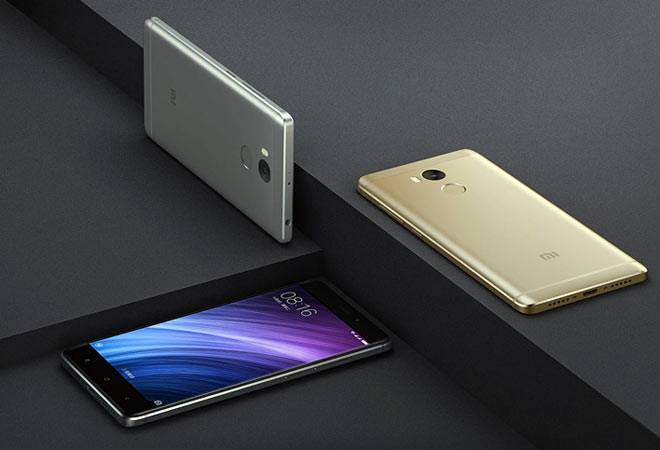 Diwali is almost here and most people are going to go gift-hunting soon. One of the best and most relevant products that fits in the gift category is the smartphone. Considering we all have different requirements and tastes, here's a list of devices organized according to different budget preferences.

Few new phones like the Mi Mix 2, Honor 9i and Google's new Pixel 2, Pixel XL 2, have not featured in the list as these devices haven't been launched yet. However, look out for these smartphones once they are launched.

Under Rs 10,000
Redmi 4- The device has been dominating the budget segment since its launch last year. The device is available in a 32GB ROM/3GB RAM and 64GB ROM/4GB RAM. The device is powered by Snapdragon 435 which is still pretty efficient.

Micromax Canvas Infinity- If one is looking for a good looking phone but is restricted by a budget, the Canvas Infinity is a great device that sports a bezel-less FullVision display with a 18:9 aspect ratio. The device is powered by Snapdragon 425.

Redmi Note 4- The Note 4 enjoys the top position as the best-selling phone online. The device ticks the right boxes and also looks the part when it comes to aesthetics. The Redmi Note 4 is powered by Snapdragon 625.

Under Rs 15,000
LG Q6- This device offers the brand value of LG and also a seamless looking display that almost stretches from edge to edge. The device is powered by Snapdragon 435 and is available with a 3GB RAM/32GB ROM variant.

Honor 8- Honor 8 was initially priced high. However, the device received a few major price cuts after launch which took the price down to Rs 18,633. The device is a great fit for photography enthusiasts and is one of the best dual-camera phone available in the market at this price.

Mi A1- Xiaomi hit a homerun with the MI A1 as the device is a combination of Xiaomi's popular hardware and Google's responsive stock Android. The dual-lens and the premium build quality on the device are just sweet add-ons.

Under Rs 20,000
Moto G5s Plus- Motorola's best selling series got a serious upgrade with the Moto G5s Plus. The device features a dual-camera setup and features a slightly bigger battery than the Moto G5 Plus launched earlier this year.

Xiaomi Mi Max 2- The phablet was launched earlier this year and despite its unwieldy size the device became fairly popular with the Indian market.  The mammoth 5300mAh battery and an able Snapdragon 625 processor make it a good all rounder.

Samsung Galaxy On Max- One of Samsung's most popular device in the mid-range segment. The On Max gives you a decent camera, more than decent hardware and a reliable brand name to top it all up.

Under Rs 35,000
Honor 8 Pro- The Pro version of Honor 8 takes smartphone photography experience further. The dual-camera device features two 12Megapixel camera modules on the back and one 8Megapixel camera on the front. The device is powered by Kirin 960 processor.

OnePlus 5- OnePlus 5 stole the crown in the online sales segment for second quarter of 2017, beating industry giants like Apple iPhone 7 and even Samsung Galaxy S8.

Rs 35,000 and above
Nokia 8- 2017 was Nokia's comeback year and the Nokia 8 was the Finnish company's first take on Android as a flagship device. The top notch specifications are combined with a Carl Zeiss dual-lens camera.

Apple iPhone 7 Plus- Despite being launched last year, the iPhone 7 Plus still offers a good deal of features with a camera that can out-perform more than few flagship devices of 2017. The new iOS 11 will bring most recent updates to the iPhone 7 Plus. However, the new Portrait Mode found on the iPhone 8 Plus won't make to last year's flagship.

Samsung Galaxy S8+- Samsung's S8+ is one of the biggest hits for the company. The premium looking design and curved display adds to the products USP. Despite the single-lens camera, the phone can perform well in low-light as well as brightly-lit situations.

Samsung Galaxy Note 8- The Note 8 offers a slightly bigger display, an extra camera module and the functionality of a stylus when compared to the Galaxy S8+.