Under ByteDance's proposal, however, the Beijing-based company would keep a majority stake in TikTok's global business and create headquarters for TikTok in the United States 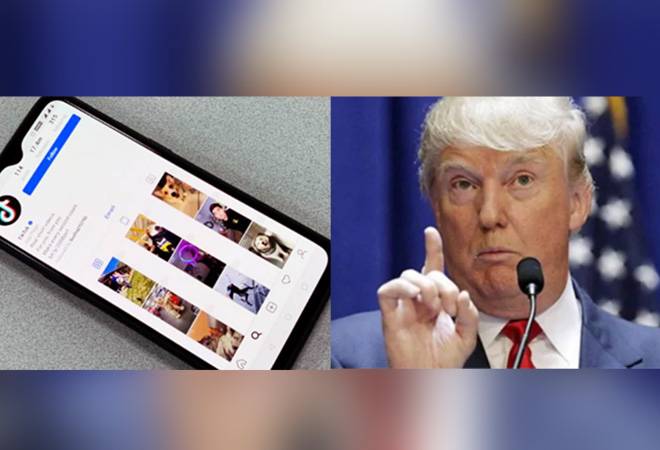 President Donald Trump and top US officials were to meet at the White House on Tuesday to consider a proposal by China's ByteDance to keep majority ownership of its popular TikTok video app, people familiar with the matter said. Trump has ordered ByteDance to divest TikTok amid US concerns that user data could be passed to China's Communist Party government. He has threatened to ban TikTok in the United States as early as Sept. 20 if ByteDance does not comply.

Under ByteDance's proposal, however, the Beijing-based company would keep a majority stake in TikTok's global business and create headquarters for TikTok in the United States, the sources said. Oracle Corp would become ByteDance's technology partner responsible for the management of TikTok's data and take a minority stake in TikTok, the sources added. The ByteDance proposal also calls for the Committee on Foreign Investment in the United States, the US government panel that is overseeing the deal talks, to supervise how TikTok will be operated, one of the sources said.

Treasury Secretary Steven Mnuchin, who chairs CFIUS, and Commerce Secretary Wilbur Ross are scheduled to attend the White House meeting, two of the sources said. It is unclear whether Trump will approve ByteDance's proposal, the sources said, requesting anonymity because the deliberations are confidential. The White House, ByteDance and Oracle did not immediately respond to requests for comment.

While TikTok is best known for dancing videos that go viral among teenagers, US officials have had concerns since last year about whether the personal information of its 100 million US users could be compromised under its Chinese owner. ByteDance's plan calls for restrictions in its control of TikTok, the sources said. It asks CFIUS to agree to operational arrangements similar to those it put in place when it allowed SoftBank Group Corp to acquire US wireless carrier Sprint in 2013, according to the sources.

These could include the US government approving board directors at TikTok, as well as its relationships with major vendors, the sources said. ByteDance is also hoping that Oracle founder Larry Ellison's fundraising for Trump, as well as Oracle CEO Safra Catz's backing of Trump's transition team four years ago, will boost its chances, Reuters has reported.

Also read: Bytedance picks Oracle over Microsoft for TikTok in US: 5 key points to note