The international version of the UMANG App is for select countries including US, UK, Canada, Australia, UAE, Netherlands, Singapore, Australia and New Zealand 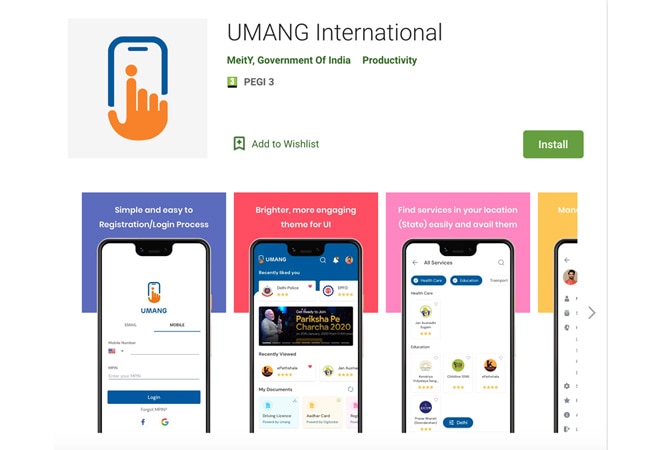 On the completion of three years of the UMANG (Unified Mobile Application for New-age Governance) app, the international version of the app has been launched. The UMANG international version is for select countries including US, UK, Canada, Australia, UAE, Netherlands, Singapore, Australia and New Zealand, and will help Indian international students, NRIs and Indian tourists abroad to avail government of India services anytime.

Launched by Union Minister for Electronics and Information Technology, Communications and Law & Justice, Ravi Shankar Prasad in collaboration with Ministry of External Affairs, the international version of the app will also help in taking India to the world through 'Indian Culture' services available on UMANG and create interest amongst foreign tourists to visit India. Additionally, the government also announced that it is integrating Common Services Centres service into the Umang app. Going forward, a voice-based solution using artificial may be developed for UMANG to be available to the common people living in the remotest corners of the country. The international version of the UMANG App can be downloaded by going to the Play Store of specific countries.

"Digital India must lead to Digital Inclusion; it must bridge the Digital divide. And this must be achieved by technology which is home grown and also inclusive. This was concretised when the Prime Minister had told me that I want Governance to be available on the palm of every Indian. And thereafter we started this programme and what has really struck me that as on March 2020 UMANG had nearly 643 services; and today in the same year UMANG has 2000+ services. It indicates the sheer digital appetite of ordinary Indians. And secondly, a very resounding validation of the Prime Minister that we have governance in the hands of every Indian. This is the metamorphosis from e-Governance to m-Governance. And that is the real shining success of UMANG."

"10 years ago, it was a dream for us that all the services of Government of India, the State Governments, the statutory bodies should all come in one app," says Ajay Sawhney, Secretary, Ministry of Electronics & Information Technology (MEITY).

Launched by Prime Minister Narendra Modi in November 2017, the UMANG mobile app is a Government of India all-in-one single, unified, secure, multi-channel, multi-lingual, multi-service mobile application providing access to high impact services of various government of India departments and state governments. Over the last three years, UMANG has grown to provide 2039 services (373 from 88 Central departments, 487 from 101 departments of 27 States and 1,179 services for utility bill payments). It has over 3.75 crore downloads and around 2.5 crore registered users. In March 2020, UMANG only had 643 services, whereas today it has over 2000 services.