Are you into flagship biggies? Consider these Rs 50,000 plus smartphones

If you are planning to buy a new flagship smartphone, look no further 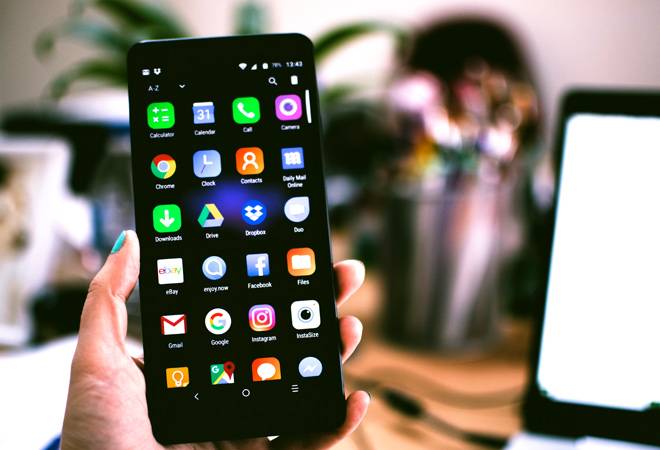 The second half of 2019 has been quite exciting. There have been a number of flagship smartphones with top-of-the-line features and specifications - the Apple iPhone 11 models, Google Pixel 4, OnePlus McLaren edition and even the Samsung Galaxy Note, to name a few. If you are looking to upgrade to a new flagship, here are some of the latest launches priced above Rs 50,000.

A couple of months ago, OnePlus unveiled its most premium offering till date - the OnePlus 7 Pro with a premium design and pop-up selfie camera. While the OnePlus 7T Pro looks similar to the Pro, it will be powered by a Snapdragon 855+ chipset. It features a 6.67-inch Quad HD+ curved display with 90Hz refresh, HDR10 and HDR+. It houses a triple rear camera comprising a 48MP main camera, a 16MP ultra-wide camera and an 8MP telephoto camera. There's also a 16MP pop up front camera.

Designed in collaboration with McLaren, this one is a stunner. The carbon fibre rear is the track-inspired appearance with a subtle accent line in McLaren's hallmark papaya orange racing tint. It even incorporates a precision-crafted signature protective case that is accented in carbon fibre and Italian-made Alcantara, the same plush fabric that adorns the sophisticated interiors of McLaren's luxury sports cars. The innards are powerful too - Qualcomm Snapdragon 855 Plus processor with 12B of RAM.

If you wish to buy an iPhone without stretching your budget too much, the iPhone 11 should be your pick. Packing in the same power as on the more premium iPhone 11 Pro, even this one has A13 Bionic Chip with an eight-core neural engine, which is a performance-booster and just right for heavy graphic apps. The dual camera onboard - 12 MP wide and 12 MP ultrawide - captures stunning images in bright as well as low light. You can even shoot 4K videos at 60 fps. The base model starts at 64GB version and there are cashback and festive discounts that could make the deal even sweeter.

Being the third flagship from the company after Galaxy Fold and Galaxy S10-series, Note 10's USP is the Pen Stylus. This model houses a 6.3-inch bezel-less edge-to-edge Cinematic Infinity Display with HDR10+ certification and Dynamic Tone Mapping. It measures 71.8 x 151.0 x 7.9mm and weighs 168g. This one has a triple camera rear setup -16 MP ultra - wide sensor along with 12 MP wide-angle and 12 MP telephoto lens. Powered by Samsung's Exynos processor, it has 8GB of RAM with 256GB onboard storage. Samsung has added an improved Pen stylus to the Note.

The Note 10 Plus houses a 6.8-inch Quad HD+ (3040x1440p) Dynamic AMOLED Infinity-O Display with HDR10+ Certified. Measuring 7.2 x 162.3 x 7.9mm, it weighs 196 grams. Other than the display, another big highlight is the quad-camera setup at the rear featuring 16MP ultra-wide sensor along with a 12MP wide-angle, 12MP telephoto and a VGA depth vision camera. With 3D Scanner, a first for the Samsung Note series, the DepthVision camera can scan an object and instantly turn it into a movable 3D rendering. At the front, Galaxy Note10 Plus is the 10MP camera. Powered by Samsung's Exynos processor, it has 12GB of RAM and is available in two storage capacities - 256GB and 512GB.

The iPhone 11 Pro is the best from Apple's stable. It features a 5.8-inch OLED display in a compact size that fits the hand for single-hand use. Boasting the title of the best camera phone in the market, it houses a triple camera module with a wide-angle lens, an ultra-wide-angle lens and a telephoto lens, all at 12 MP resolution. It can capture videos from all three lenses at 4k 30 fps. It has got Apple's A13 Bionic chip onboard that can carry out one trillion ops a second. With an 18 W fast charger bundled in the box, the battery can easily last a day even with heavy usage.

The OLED display on new iPhones are stunning. If you want a bigger screen estate, the iPhone 11 Pro Max should be your pick. It features a 6.5-inch OLED display 2688x1242-pixel resolution at 458 PPI. It has the same innards including the A13 Bionic chip with neural engine and the powerful triple camera module as on the iPhone 11 Pro with a slightly bigger battery.

Foldable phones are the rage this year. If you wish to buy one, consider the Samsung Galaxy Fold. Although a little late to hit the market (as the initial units reported issues), it features a 4.6-inch AMOLED display with 840x1960p resolution that expands to 7.3 inches with 1536x2152p when unfolded. It packs in six cameras - 16MP ultra-wide camera, a 12MP wide-angle camera and a 12MP telephoto camera at the back. On the front are 10MP primary sensor and an 8MP RBG depth camera. There is also a 10MP selfie camera. Powered by 7nm 64-bit Octa-Core Processor paired with 12GB of RAM and 512GB onboard storage, it packs in dual battery and supports fast charging.

9) Google Pixel 4: To be announced

Continuing with the annual launch cycle of its flagship smartphone, Google is all set to launch the Pixel 4 in October. Going by the rumour mill, the Pixel 4 is likely to feature 5.7-inch full HD+ smooth display and will be powered by Qualcomm Snapdragon 855 processor with 6GB RAM and will be available in two storage capacities - 64GB, 128GB. Until now Pixel has been outshining the camera phone industry with a single AI camera at the rear. This year, it is likely to have 12MP dual pixel and 16MP telephoto camera. Running Android 10, it will have features such as Face unlock and motion sense too.

This will be the elder sibling of the Pixel 4 and is likely to feature a 6.3-inch Quad HD+ Smooth Display and a bigger 3700mAh battery. All other features including the camera module and processor onboard will be the same as in Pixel 4.