Motorola Razr 2019 to launch in India on March 16; all you need to know

Motorola Razr 2019 India: Pricing or availability details of Motorola Razr folding smartphone are expected to be revealed at the time of launch on March 16 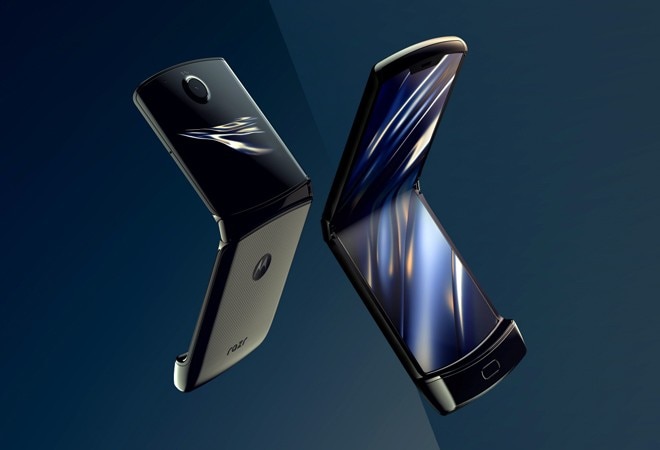 No other details regarding pricing or availability have been disclosed as of yet. We can expect them to be revealed on March 16 at the time of launch.

Motorola Razr 2019 was launched in November last year. The device follows the design language of old Razr folding phones from 2004, but unlike them, has a foldable touchscreen instead of a screen and a keypad. Once unfolded, the Motorola Razr 2019 has a tall 6.2-inch P-OLED panel with resolution of 876x2142 pixels. The bottom of the screen has a substantial protruding lip which houses the fingerprint reader.

Upon folding the Motorola Razr 2019, users get to the 2.7-inch secondary display. The G-OLED panel has a resolution of 600x800 pixels and can be used for responding to notifications or calls, and take selfies with the 16MP main camera. On the inside, at the top of the main screen, the Motorola Razr 2019 has a 5MP secondary camera for selfies when the device is unfolded.

Talking about build quality, the Motorola Razr 2019 has a plastic body underpinned by an aluminium frame. The device is splash resistant. The flexible screen, however, shows a deep crease down the middle and several other bumps, which are quite discernible while using the device.

On the inside, the Motorola Razr 2019 features the Qualcomm Snapdragon 710 chipset coupled with 6GB of RAM and 128GB internal storage. There is no expansion slot, though. The device runs Android 9.0 Pie out of the box. This entire package is powered by a 2,510mAh battery with 15W fast charging support.

In India, the Motorola Razr 2019 will go head to head with the recently launched Samsung Z Flip. The Samsung Z Flip has been introduced here at a price of Rs 1,09,999. The 2019 Razr is already available in the US at $1,500, or slightly over Rs 1,08,738. It will be interesting to watch how Motorola prices its foldable phone in India to take on the competition.

WHO debuts on TikTok to quell fake information on coronavirus