Motorola to launch Moto X Play in India on September 14

And as we wait for the Apple keynote on the new iPhone launches on September 9, Motorola too has shared the invite for its new smartphone launch for September 14. 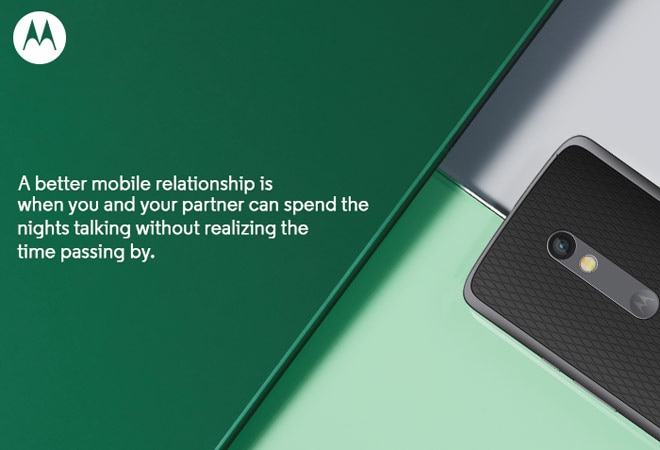 The month of September has been full of new announcements and launches. It started with the IFA trade show in Berlin, where most of the technology companies showcased their new products. It was then followed by the Samsung Galaxy Note 5 launch event in India.

And as we wait for the Apple keynote on the new iPhone launches on September 9, Motorola too has shared the invite for its new smartphone launch for September 14.

Last month, Motorola had launched the third generation of Moto G in India and on the same day, the company had announced the Moto X Play and Moto X Style at an event in the US. With the company now sharing a media invite for the India launch, Motorola is likely to launch the Moto X Play in India as it is the more affordable variant of the two smartphones announced last month.

On Sunday, Motorola India had tweeted, "No more getting dumped by your phone. Your perfect partner is coming with 30 hours of battery backup. #XOMotoX".

Two weeks ago, Moto X Play was spotted on the Zauba listing of imported devices. The listing showed a smartphone codenamed Motorola XT1562, which has been shipped to India for testing purposes .

The unit price for the 32 GB storage version was shown at Rs 22,228. While the company didn't reveal the exact pricing at the time of the US launch, the Moto X Play is expected to be launched at around Rs 30,000.

The Moto X Play comes with a 5.5inch 1080p display. It will be powered by a 1.7 GHz Snapdragon 615 octa-core processor and paired with 2GB of RAM. This one will also run on Android 5.1.1 Lollipop operating system and will have a 3,630mAh battery onboard.

It will pack in a 21 MP rear camera with dual CCT flash and a 5MP front facing camera. It comes with nano coating and at that time Motorola claimed it to be priced $300-$400, lower than high-end flagships like the iPhone and Galaxy S6.

Flipkart has already created a special landing page for the new Motorola Moto X launch. Motorola came back to the Indian market in February last year with an online only exclusive sale model.

Last month, it was reported that Motorola smartphones will be available in the offline retail as well. The company had also announced its manufacturing in India with the Moto G smartphone.