The company's website has declared the India launch event to happen on October 30, the same day OnePlus will reveal the phone globally, in New York. 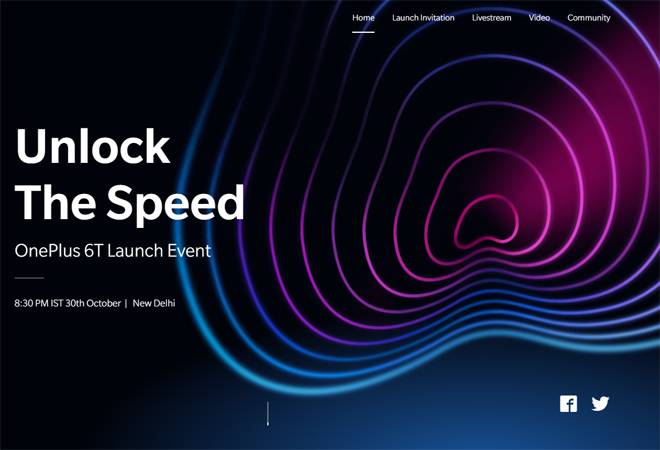 OnePlus 6T finally has a launch date for the global audience as well as for India. The company's website has declared the India launch event to happen on October 30, the same day OnePlus will reveal the phone globally, in New York.

OnePlus is selling tickets to the launch event at a price of Rs 999. The tickets will go on sale on October 17 at 10 am(earlier rumoured launch date for OnePlus 6T). Apart from the hands-on of OnePlus 6T, the ticket will also entitle the buyer to get a goody bag from OnePlus with exclusive company merchandise and Bullets Wireless that were launched with the OnePlus 6.

The launch event is scheduled to happen at the KDJW Stadium which is inside the Indira Gandhi Stadium Complex in New Delhi. OnePlus 6T will be the highlight of the evening but the company might also launch a new USB- Type C wired headphone to go with the new OnePlus 6T. Unlike previous rumours, the company won't include the USB Type-C wired headset with the phone. However, buyers who pre-book the OnePlus 6T will get the headphone for free. OnePlus 6T is expected to be available on pre-order from October 30.

The OnePlus 6T will trade the headphone jack for an in-display fingerprint sensor which the company calls Screen Unlock. The confirmation was made by the company chief Pete Lau himself. He claimed over 59 per cent of OnePlus community own wireless headphones and that more people stand to gain from this move than lose.

The OnePlus 6T will also come with a much higher screen to body ratio, thanks to the water-drop notch. Other than these two new features, the phone is expected to carry the same internals as the OnePlus 6. The primary camera module is still a dual-lens setup but the front camera is expected to come with an IR sensor.

Cyrptojackers are trying to hack personal computers; here's how you can stay safe

From OnePlus 6, Xiaomi Mi A2 to Realme 1, here are the best smartphone deals on Amazon