OnePlus 5 launched in India at Rs 32,999, available on Amazon from today

OnePlus has finally unveiled the OnePlus 5 here in India. The event was held in Mumbai today. OnePlus 5 will be available in the Indian market. 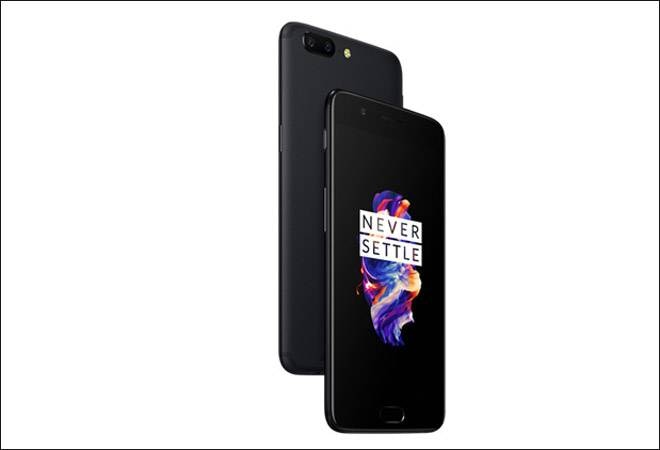 OnePlus has finally unveiled the OnePlus 5 here in India. The event was held in Mumbai today. OnePlus 5 will be available in the Indian market. The sale will begin at 4:30pm today on Amazon India's website. Amazon will be selling the device with offers in form of accidental coverage from Kotak, data offers from Vodafone and more.

The 6GB RAM and 64GB internal memory model is priced at Rs 32,999 whereas the 8GB 128GB model is priced at Rs 37,999.  The device will also be available via pop up events setup across Delhi, Hyderabad, Chennai and Bengaluru. These new events will double up as demonstration centre as well as purchasing centres.

In terms of service centre, the Chinese company has upgraded the services using one hour repair gaurantee, pick and drop service in 10 cities and will also declare the pricing of spare parts on the website.

The Chinese company emphasised on the enhanced dual camera of the phone bringing it much closer to premium smartphone brands like Apple and Samsung. So much so that during the entire presentation Apple's iPhone 7 Plus and Samsung's Galaxy S8 were the favourites to compare with the OnePlus 5.

Here are the highlights of the OnePlus 5 device:

Despite rumours, OnePlus made it clear in a video to The Verge that as much as they wanted to, the small company did not have the technology to incorporate an edge to edge or curved display.

The fingerprint sensor has a similar placement as the OnePlus 3 and OnePlus 3T. The device is the slimmest OnePlus flagship at 7.2mm thickness which will feel even slimmer due to the curved edges of the devices.

The OnePlus 5 comes with the flagship chipset Snapdragon 835 coupled with Adreno 540. However, the highlight here is the 8 GB RAM which is available with the higher variant of the device.

The internal memory used UFS 2.1 Dual Lane Storage technology, speeding up the phone's performance. OnePlus 5 has received several tweaks in a bid to improve performance and cut down lag.

The dual camera, one with a telephoto lens and another with a normal one, will allow users to click DSLR-quality pictures, claimed OnePlus.

The primary camera is a 16 MP unit with a Sony IMX398 sensor, whereas the other one is a 20 MP camera with the telephoto lens. With the dual camera, OnePlus 5 is now capable of fast autofocus (AF). The 16 MP unit has an aperture of f/1.7 whereas the 20 MP has that of f/2.6.

The software end of photography is handled by Smart Capture, which is capable of clearing noise from pictures, taking zoom a notch ahead from the optical kind to allow better focus and pixel quality and improved HDR. With this tool, the camera on OnePlus 5 can even recognize the kind of image to be taken and customise the settings accordingly.

Though the OnePlus 5 comes with an average 3300mAH battery, the device supports dash charge feature. According to the company, the phone can be charged for an entire day's use in just 30 minutes.

OnePlus has opted for the same resolution this year with the same aspect ratio as well. The device comes with an AMOLED 1080p panel with a screen size of 5.5 inches.

The proprietary Oxygen OS has been improved too for delivering better experience to the users. OnePlus 5 comes with a Reading Mode that turns the phone screen into one akin to an e-reader. Moreover, the screen responds to the surroundings with feedback from the ambience sensor, and can behave like a piece of paper.

The device is already available in the United States at a price of $479 which roughly translates to Rs 31,000. However, it is expected to be priced slightly higher in the Indian market with speculations running from Rs 32,999 for the 6GB/64GB variant to Rs 37,999 for the 8GB/128GB variant.

Contrary to many reports, OnePlus launched just two colours, Slate Grey and Midnight Black with the new OnePlus 5. So far, the company hasn't mentioned any further additions to the colour range.

Good news for women on Facebook in India! Creeps won't be able to download your profile pics