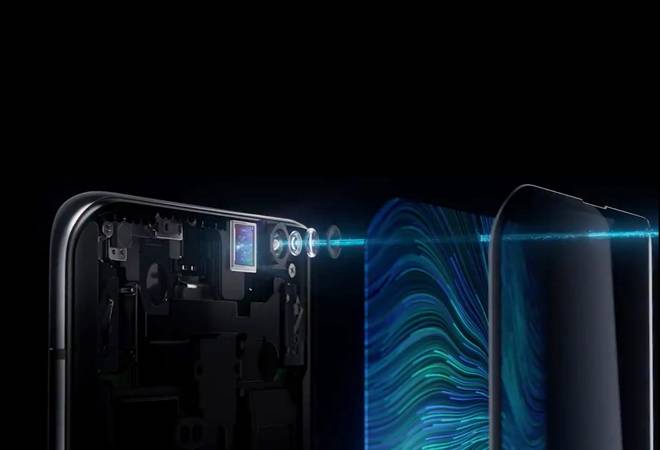 Chinese smartphone companies have taken the lead from the American and European smartphone manufacturers when it comes to innovation. They were the first to come up with a pop-up selfie camera and now Oppo has shown-off a prototype with an under-screen camera (USC) technology at MWC Shanghai 2019. The new camera module sits under the translucent display panel material and is an important tech that will allow for a bezel-less front screen.

"From the water-drop screen to pivot structure, to USC technology announced today, Oppo has been exploring the best balance between 'thin and light' and 'full screen'," said Oppo Product Manager Qiao Jiadong in a statement. "Oppo hopes to provide users with the ultimate 'true full screen' through the USC technology."

According to Oppo, its new display technology uses a custom transparent display that has been made possible due to the redesigned pixel structure. The camera sensor is also larger than what is typically seen on other phones and has a wide aperture. The area of the screen that has the camera buried below it still responds to the basic touch gestures and the quality of the display doesn't take a hit.

Meanwhile, with the camera module under the display, the qualities of photos clicked are bound to be inferior with issues like fog, reflection and colour cast. However, Oppo has said that it has developed algorithms to take care of the issues, and claims the quality is "on par with mainstream devices".

Oppo hasn't specified any particular launch date for the smartphone with the under-screen camera display. The Chinese major is known to show-off prototypes before launching the devices. The Oppo Reno's periscope style camera with 10x Zoom was also displayed at the MWC.

Motorola One Vision goes on sale today at 12pm on Flipkart; here're the specs, price in India