On its Twitter India official page, Samsung confirmed the launch date of the Galaxy J6 with Infinity Display on May 21 and also said the phones would be available in the market from May 22. 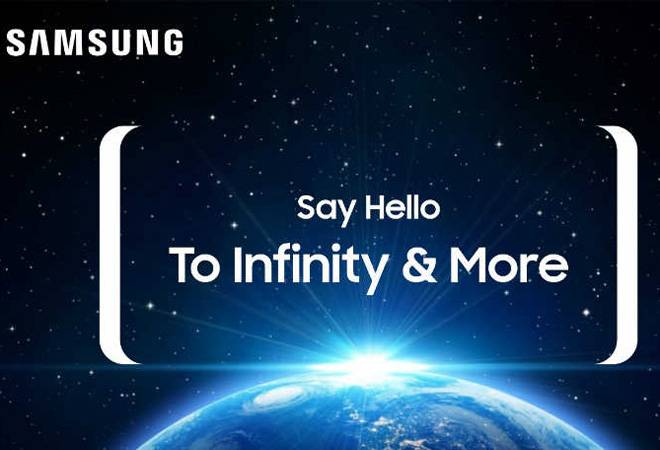 Samsung has announced the launch date of its new smartphone, the Galaxy J6. On its Twitter India official page, Samsung confirmed the launch date of the Galaxy J6 with Infinity Display on May 21 and also said the phones would be available in the market from May 22. With the J series, the South Korean company will look to resurrect its name in the Indian market. It will look to capture the market share once again with the feature-rich Galaxy J6 which has the iconic design language of the Galaxy S8 and the Galaxy S9 series.

The Galaxy J6 will feature a widescreen Infinity Display with aspect ratio of 18.5:9. The upcoming smartphone will flaunt a 5.6-inch AMOLED screen with a Full HD+ (1480 x 720 pixels) Infinity Display, an octa-core Exynos 7870 SoC and will come with a dual-SIM option.
The phone will be available in 2GB, 3GB and 4GB RAM variants with 32GB/64GB storage options and will have a 13-megapixel rear camera sensor along with an 8-megapixel front camera sensor with LED flash.
The J6 will come with a 3000 mAh battery and is likely to include an S Bike Mode and an Ultra Data Savings feature. The smartphone will also offer integrations like fast charging and Samsung Pay support. The Galaxy J6 will run on Android 8.0 Oreo.
It will be interesting to see if Samsung launches only the Galaxy J6 at the event or other Galaxy A and J series smartphones as well. The Galaxy A-series is likely to be priced between Rs 20,000 and Rs 25,000 whereas the J series phone will mostly likely be place between the range of Rs 15,000 to Rs 20,000.
The new Samsung phone will compete with the likes of Xiaomi, Asus and Honor in India. It is important to note that earlier, the Infinity Display tech was limited to only few Samsung phones like the Samsung Galaxy S, Samsung Galaxy Note and Galaxy A series. However, for the first time Samsung has included this technology for the mid-range segment too.
With the smartphone market in India burgeoning with new users and increasing demands, it will be interesting to see whether Samsung's new Galaxy J6 manages to woo the customers.
Ever since Xiaomi arrived in India with the Redmi phones, which are rich in features and available at cheap prices, Samsung's sales have taken a dip.
Xiaomi has overtaken Samsung has not only been pushed to the second position but the market share gap is been widening since the past three quarters. According to the latest numbers by IDC, Xiaomi commands 31 per cent of the smartphone market, compared to Samsung's 25 per cent in India.
TweetYoutube
Tags: Samsung Galaxy J6 | Galaxy J6 | J series | South Korean | Indian market | Galaxy S9

Here's why few Google employees are quitting their dream job