Smartphone apps don't listen to your conversations, but they do something equally creepy

The researchers found that while smartphone applications did not send audio clippings to third-party domains, they did send screenshots or screen recordings to them. 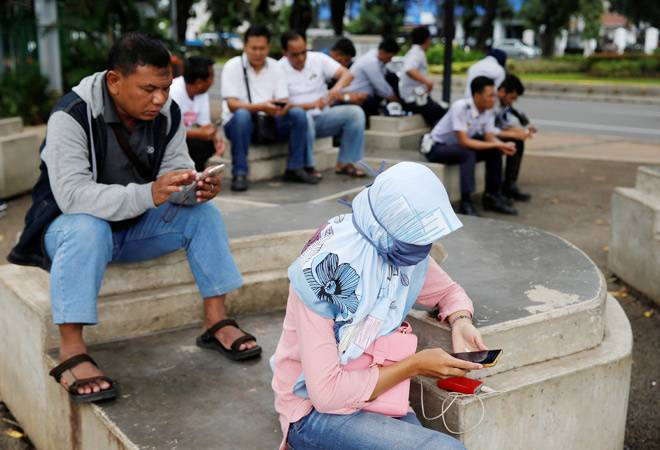 Are you afraid that your smartphone is listening to your conversations? It's a conspiracy theory with a cult following: phones listen in to conversations to send your targeted ads on Facebook. It's a scary notion, but quite possibly an unfounded one. Researchers have found that smartphones do not listen or record what you say unless you ask them to, and they definitely do not send them to anyone behind your back. Don't heave a sigh of relief yet, though, for they might be doing something equally sinister. Your phone might not be listening in on you, but it may be watching all that you do.

A group of five researchers from Northeastern University in Boston analysed the traffic generated by different smartphone applications to see whether they really eavesdropped on their users to send cues to Facebook for targeted advertisement. According to a report by Gizmodo, they picked over 17,000 most popular applications on Android to see whether they use the phone's mic to capture audio without the user's knowledge.

The apps included Facebook and its subsidiaries along with more than 8,000 apps that send information to Facebook. Over 9,000 apps under scrutiny had permission to access the phone's camera and microphone. The researchers used an automated program to interact with the apps and analysed the traffic generated. They kept a close eye on the type of files generated by the applications and whether they were sent to an unpredicted party.

The research group found no evidence that that the applications were capturing or sending audio when not prompted by the user. It did say that this is not definitive evidence of phones not recording audio. While such a scenario did not come to pass during the time of research using automated mechanisms, a different scenario is possible with human users. They attributed this possibility to a limitation of the research that an automated system cannot create usernames or sign in like humans.

However, they did find screenshots and screen recordings of what people were doing in apps being sent to third party domains. The Gizmodo report cited the example of GoPuff - a food delivery app with 100,000 downloads - sending user interactions to mobile analytics company Appsee. While developers do share user information with analytics firms, GoPuff did not make any mention of it in its privacy policy, the report noted. After being contacted by the researchers, GoPuff updated its privacy policy to specifically mention Appsee being handed over Personally Identifiable Information (PII).

Meanwhile, as per the report, Appsee believes that this is a slip-up on the part of GoPuff. Blaming the food delivery service for misusing Appsee's technology, the firm said that the tracking abilities have been disabled and all recordings data have been purged from its servers.

Quoting a Google spokesperson, the report said that Appsee's services in this case may put some developers at risk of violating Play Store policies. The Google Play policy mandates that the app must disclose how it collects user data.

In conclusion, mobile applications might not be listening in on what you say, they are watching every decision you make on a smartphone screen. And this is being sent to third-party entities. So don't be surprised if you find Facebook ads reading your mind.