Builder.ai and the Air India website: What’s going on?

Air India has stated that they are considering taking legal action against Builder.ai.

Builder.ai has created a prototype for an app for Air India

In a case of an advertising campaign gone wrong, in a manner of speaking, Air India has said that they are considering taking legal action against a company called Builder.ai. Now, Builder.ai recently rolled out an ad campaign across print, digital, and OOH platforms claiming to have developed a prototype app for the airline.

The print ads, published in leading newspapers in the country, also carried a QR code that linked people to the prototype app when scanned. The app has the Air India logo and the trade mark “appearing distinctly”.

Builder.ai also posted about this app on Twitter tagging Air India in the tweet and announced that “it’s finally here!”. They also called the prototype a “gift” for Air India and the tweet included a GIF that stated - “Hey Air India, You landed and our heart took off”.

If you visit the Builder.ai website, what you can see the 29-page product tutorial of the prototype. As you go through the pages, every new page sports a pop-up that asks users - “Do you think Air India should build this app with us? Your vote can help you win a complimentary flight!”. The pop-up shows a green “yes” button with the thumbs-up sign and also mentions that terms and conditions will apply. The product tutorial lists all the potential pages an app for airline carrier should have including a log-in page, a page listing Covid-19 protocols being followed by the carrier, and also one that passengers need to adhere to, a page to register and create an account, etc. The product pages look professional, no-nonsense, and if one manages to look beyond the current controversy this has dredged up, it would do Air India good to probably make their app with Builder.ai. 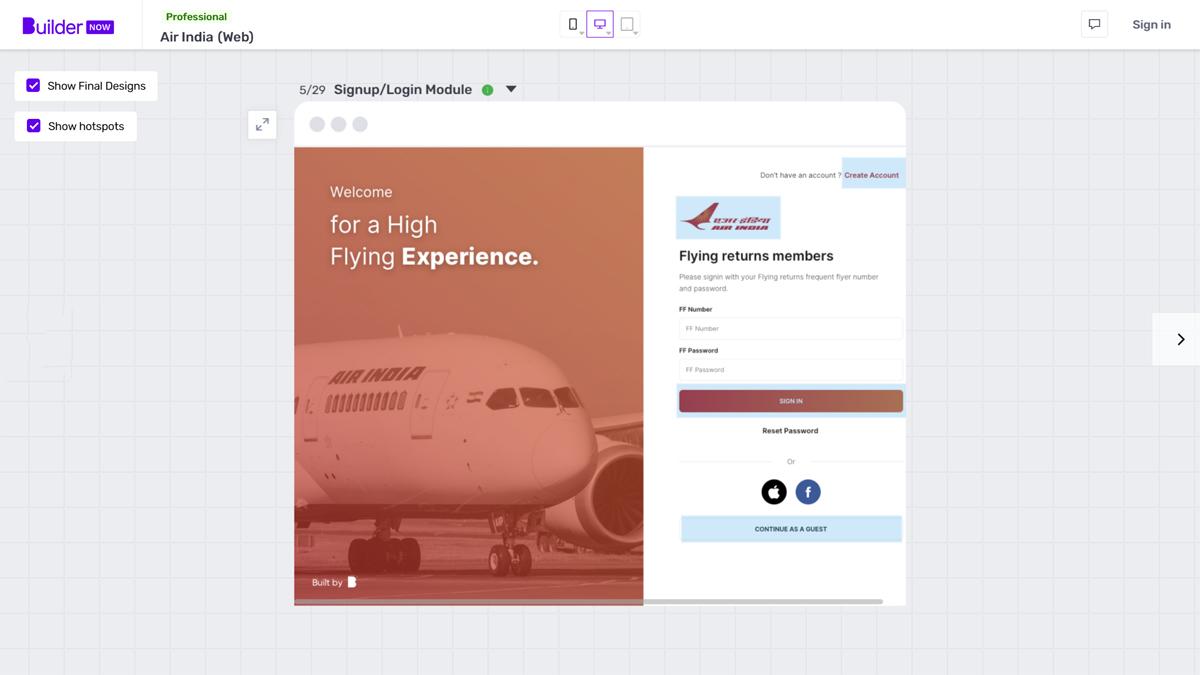 So, what is Builder.ai trying to do?

For starters, Builder.ai is trying to grab eyeballs, like every ad campaign ever. What the company has rolled out is essentially a competition where those voting can win free air tickets.

The competition rules mention that this complimentary flight ticker offer, that applies to base fare only, is being “administered” by Builder.ai (which is a trading name of Engineer.ai Global Limited).

The deadline for submissions is 11:59 PM IST on February 27 and people need to fill out a competition form to be eligible.

Winners of the competition are going to be provided a promo code via email that can be used to buy flight tickets from the airline’s website once it is confirmed. The rules state that the offer is not valid for any bookings made by travel agents or affiliate partners.

Additionally, the rules also mention that “this promotion is funded from a special promotional budget created by Builder.ai”. 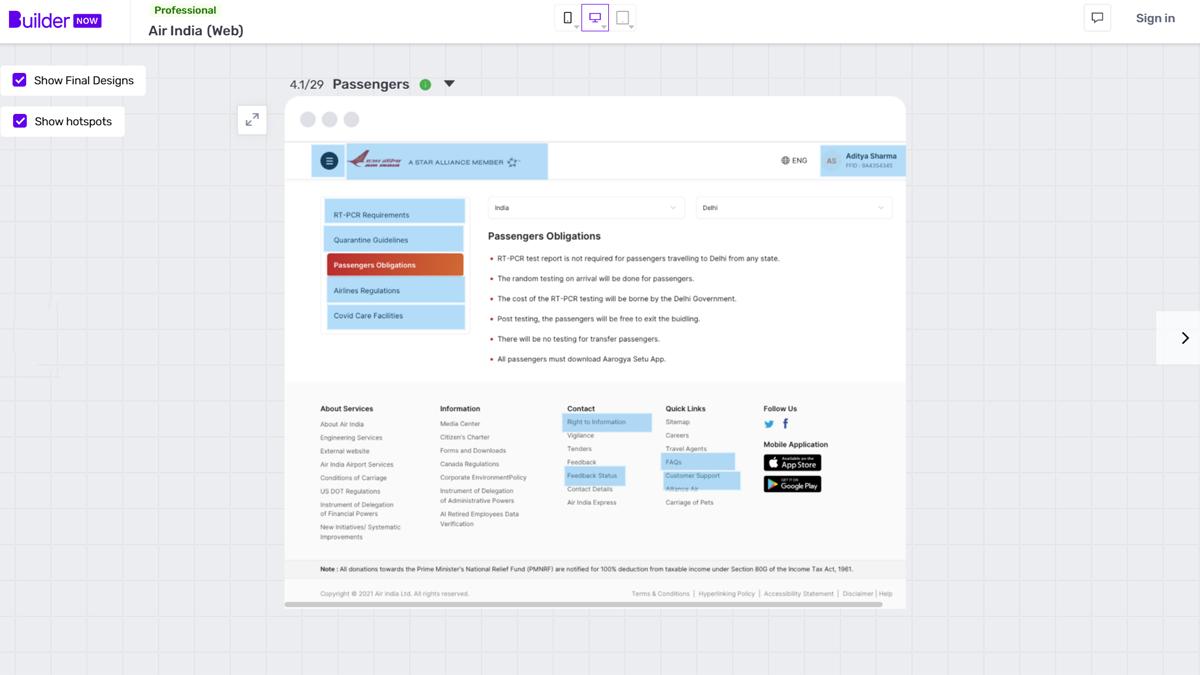 Air India issued a public notice on February 17 which stated that the carrier is contemplating suitable action against the issuer of the advertisement. "The prototype has been developed without the involvement or consent of Air India," Air India noted.

They further clarified that they have not awarded any contract or given any permission to Builder.ai to develop any app and neither are they involved in any digital activity with them. They also warned users that any data collected via the QR Code and the prototype app could be misused.

"It may also be noted that whilst the advertisement suggests that free tickets can be won by participants, Air India has not committed to providing free tickets for this activity," Air India added.

What is Builder.ai saying?

The company has issued a clarification statement regarding the Air India ad campaign “Our Valentine’s Day initiative/advertising campaign was solely to offer a gift to the national carrier, and an iconic brand, in the form of a prototype of an app. This was done entirely because of immense affection for the brand. The prototype was a humble effort to celebrate and contribute towards the brand’s new and exciting journey,” the company said.

“In no instance or manner whatsoever has Builder.ai ever claimed via print media, digital media, and OOH campaigns that the prototype ‘gift’ is Air India’s official app nor that Builder.ai was awarded any contract to create one. Additionally, as referenced in the terms and conditions for the prizes; the complimentary air tickets would be something awarded and paid for by Builder.ai alone,” they explained.

Given the kind of buzz this has created and the fact that Air India did take notice of the matter, not in the way Builder.ai expected, though, it remains to be seen how things go down with the carrier and the company.