News
TECHNOLOGY
News
Instagram Dual: What is it, how does it work, and how to use it

Instagram Dual: What is it, how does it work, and how to use it

In case you haven't noticed, Instagram has changed some things up. There is a new Reels format called Dual and here’s a guide about all you need to know

You might have seen some Instagram users sharing a post about how they want the old Instagram back, or how they are requesting Mark Zuckerberg, and Adam Mosseri, to let Instagram be as it is. These posts relate to some new changes Instagram has rolled in for Reels that have slightly tweaked how you experience the platform. Besides the addition of something called Dual templates for Reels the platform also announced that all videos under 15 mins on the platform will now be posted as Reels by default.

Sounds like a mess? Yeah, we feel you. But nonetheless, since these changes have been rolled in, we assume they are here to stay and it is only a matter of time before people get used to these too. To help you catch up though, here’s an explainer:

The new Dual feature on Instagram allows users to record videos using the rear and front cameras simultaneously. The content you shoot with the rear camera will take up most of the screen space, while the content shot through the front camera will appear in a small window on this, like a reaction video of sorts.

We’re announcing new features making it easier and more fun to collaborate, create and share Reels. These updates include:

Check them out and let me know what you think 👇🏼 pic.twitter.com/XZUiqmANSX

How do you use it?

- Fire up the Instagram app on your device and tap on the plus icon on the top right corner.

- On the next screen you will see a list of options appear on the left-hand side.

- Tapping on the down arrow will show you all the options.

- Next, click on the record icon in the centre to start recording.

- Once you are done recording what you want, you can add effects, music, etc, to this video just like you do with all other Reels. 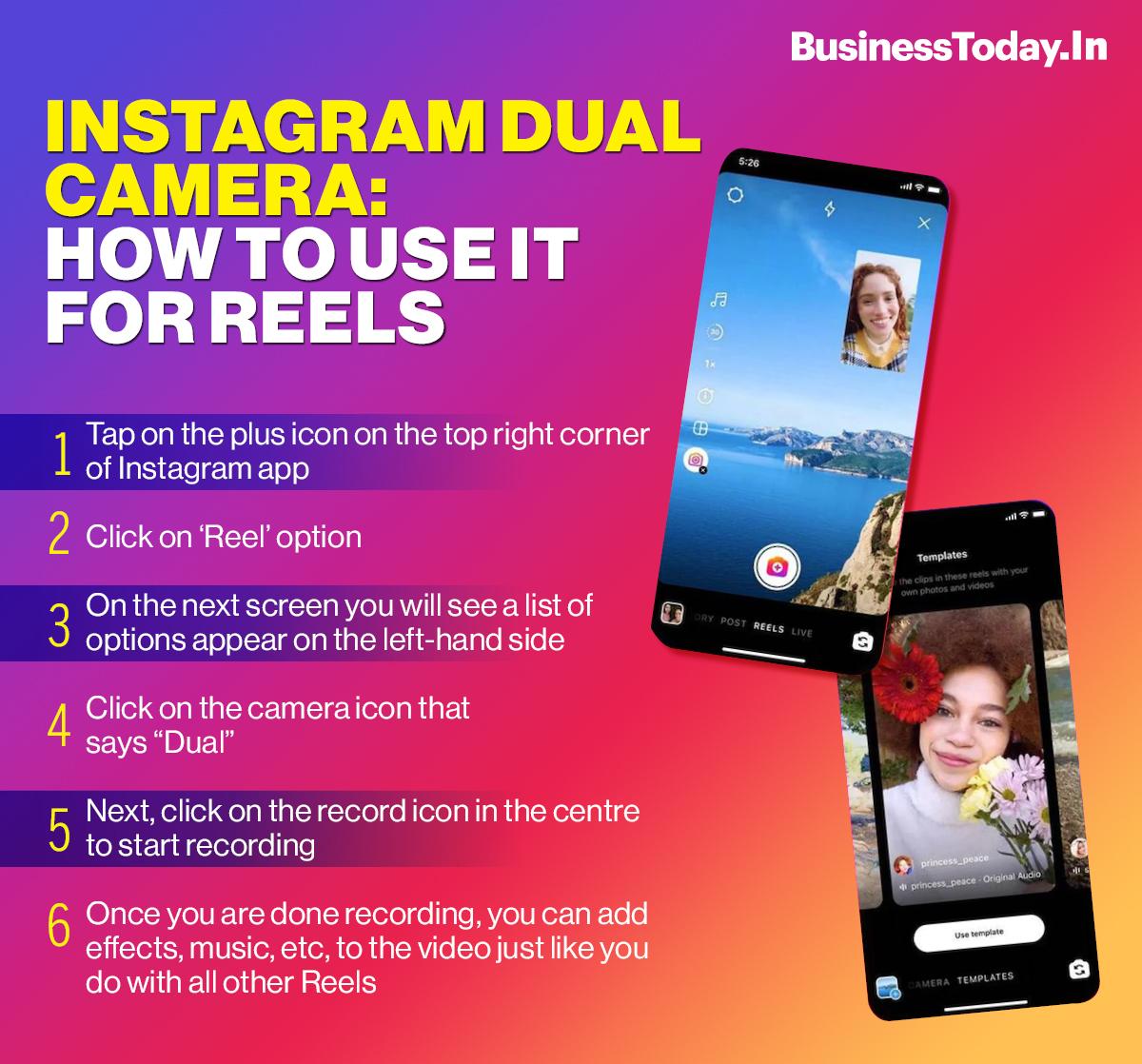 The other thing that has changed on Instagram is the fact that any and all videos, as long as they are shorter than 15 mins, will automatically become Reels on the platform. So, going forward, Reels is going to be the default video format for Instagram and the platform is going to consolidate Reels and videos under one tab. However, older videos you have posted will remain as videos, those won’t transform into Reels.

Instagram had shared its plans of being a video-first platform a while ago and it also wants users to make more Reels. The company had explained, at that point in time, that Reels help users get better engagement which translates into more followers. Since many people might not be comfortable making Reels, Instagram is helping them out, of sorts, by actively turning their video content into Reels by default.

So, there’s only one way to go from here if you don’t want to make a Reel. Yeah, you got it, don’t post a video.

Additionally, if you want to make Reels and do not know where to start, Instagram also allows users to create Reels based on Reels made by other creators on the platform. If you are watching a Reel you want to create, click on the camera icon on the top right of the screen while you are watching the Reel and this will let you add your own images and videos. The new Reel you make will use the pre-loaded music from the Reel you were watching along with the effects.

Also Read: Instagram has a new map feature that makes it easier to find popular spots around you