Clubhouse creates a place where people can meet up to host, listen to, and in some cases, join conversations within the app's community 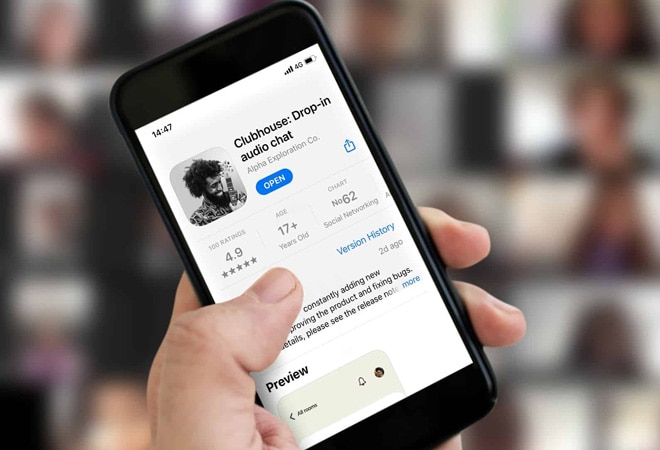 Clubhouse is currently only available for iPhone users

While the app was launched in 2020, it has drawn attention after Tesla and SpaceX CEO Elon Musk's recent appearance on the app. Musk's conversation with chief of Robinhood Markets Vladimir Tenev on the platform has led to a sudden spike in downloads for the app.

How does Clubhouse work?

Clubhouse creates a place where people can meet up to host, listen to, and in some cases, join conversations within the app's community. When a user opens the app, he/she will be presented with a list of rooms, as well as a list showing who is in each room. One can either join an existing chat room or can start their own room, inviting new people and starting fresh conversations. Each room has moderators, speakers, and listeners. Moderators control who gets speaking privileges, though listeners can "raise their hand" to speak.

The main limitation is that a user will have to join live since conversations aren't saved. That, combined with the fact that it's still invitation-only, meaning that anyone who wants to join has to be brought in by someone who already has an account. One can still download the app and can put their name on a waiting list, but there's no guarantee that they will ever get an account that way.

Clubhouse is currently only available for iPhone users. However, Clubhouse's CEO has said that the app will eventually open up to everyone, including Android users.

At the same time, Clubhouse is not without controversy. Many app users have reportedly dealt with bullying and harassment on its platform. The company has faced criticism for essentially having no content moderation policies or even basic safety features like blocking or ability to report harassment.

Besides, according to a security research report by Stanford Internet Observatory (SIO), certain vulnerabilities were discovered in Clubhouse, making it susceptible to spying by the Chinese government. The report added that a Shanghai-based company, called Agora Inc provides the backend infrastructure to Clubhouse.

Clubhouse is also facing competition from Twitter, which is working on a similar product with a new feature called Spaces. Currently, the feature is only available to a small group of beta users, but it could eventually have the upper hand, as Spaces users may have an easier time finding an audience since the feature is integrated directly into Twitter. However, at present, Clubhouse doesn't have any real competition in the audio space. Its real test will be once it loses the allure of exclusivity.

Indian smartphone market to rebound in 2021 after decline in 2020