The leaked images show the OnePlus phone with a curved display that flaunts a punch-hole and a triple rear camera setup. OnePlus 9 series of phones are widely tipped to be launched in March this year, and ahead of their launch, key details about the upcoming phones have leaked online a few times. The latest leak about the OnePlus 9 comes courtesy of leaked images of the device.

The leaked images of the OnePlus 9 show the device from the front and the back. Interestingly, the design on display is very much in line with the previously leaked renders of the phone. Among the most interesting things revealed by the leaked images is that the OnePlus 9 sports a rectangular camera module on the back. The module has three vertically-aligned camera sensors and another cutout that is possibly being used to house a laser autofocus sensor.

Apart from this, the leaked images also give us a hint at the specifications of the phone. These also appear to be in line with what we've read in the past. Earlier, Chinese tipster Digital Chat Station had claimed OnePlus 9 will come with a 6.55-inch flat display with FHD+ resolution and support for 120Hz refresh rate. 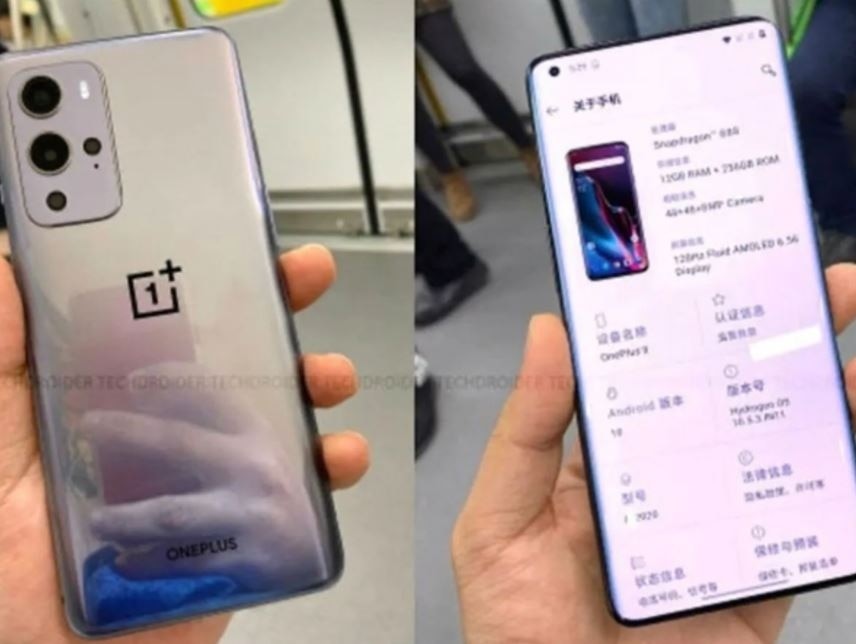 The phone is again shown to come with a Snapdragon 888 chipset and a 4,500mAh battery with 65W fast charging. Previous reports have also suggested that the OnePlus 9 series will be missing out on a periscope lens. This information comes courtesy of Max Jambor who claims the OnePlus 9 and OnePlus 9 Pro will not get a periscope camera.

However, the decision to not include a periscope camera will see the OnePlus 9 series instead use better cameras than its predecessor. Previously, we've seen reports about the OnePlus 9's camera module which is being said to be heroed by a 50-megapixel lens. As per a leak on SlashLeaks, the phone will feature a three-camera system, the mainstay of which will be a 50-megapixel Ultra Vision wide-angle camera with f/1.9 aperture.

The leak also revealed that this lens will be coupled with a 20-megapixel Cine Camera, an ultrawide lens with f/1.8 aperture. As for the third lens in the setup, there will be an OIS assisted 12-megapixel telephoto camera with autofocus and an f/3.4 aperture.