Now that the OnePlus 9R, which is aimed at gamers, is here, OnePlus is also kicking off its second edition of the popular mobile gaming tournament Dominate 2.0 from April 15. 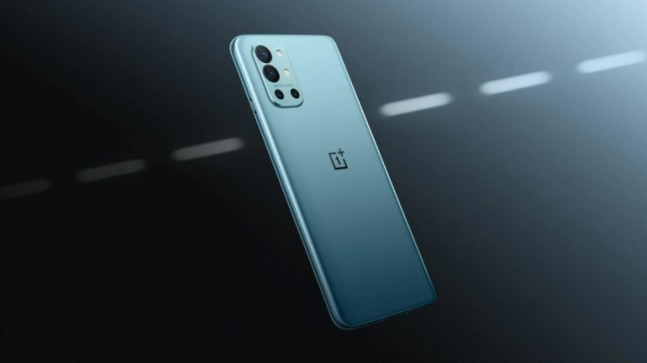 The OnePlus 9R 5G was announced last month as part of the company's new OnePlus 9 series. It has been designed keeping in mind both casual and hardcore gamers and comes with "gaming-first" features, says OnePlus. According to the smartphone giant, the idea is to give users great gaming experiences with a phone that sells at a more affordable price compared to other flagship phones.

And now that the phone has arrived in India, OnePlus is also bringing the second edition of its gaming fest Dominate 2.0.

The OnePlus 9R will be going on sale from April 14, and to coincide with it, the company is also coming up with the next instalment of its popular mobile gaming tournament Dominate 2.0. Last year's tournament saw a fairly brisk response from the OnePlus community as users got a chance to engage with pro-gamers and cricketers. This time, the company says, it is going to be bigger.

"Last year's Domin8 tournament saw tremendous response from our community, and we wanted to bring the fun experience of engaging with gamers and cricketers to our users once again," says Vikas Agarwal, General Manager, OnePlus India.

Dominate 2.0 to be bigger

The Dominate 2.0, as it is easy to guess, is going to be powered by the OnePlus 9R 5G. As part of the tournament, OnePlus has announced Call of Duty exhibition matches between cricketers and pro gamers.

Once the games start, the matches will be streamed on the YouTube channel of OnePlus India. A YouTube spokesperson said, "Community members and gaming enthusiasts alike can tune into OnePlus India's official YouTube channel to watch the excitement, which begins at 3:00 PM IST on 15th April 2021."

The registration for the Dominate 2.0 was opened after OnePlus launched the OnePlus 9 series phones on March 23.

This year, OnePlus is pitching one of its phones -- OnePlus 9R -- as a phone for gaming enthusiasts. It says that there are a couple of features of the phone that are going to help users get a better gaming experience. One of these is the design. The company says that "the OnePlus 9R sports rounded corners that's comfortable for gamers to hold during extended periods of gaming." Then there is the display, tuned, keeping gamers in mind. The 6.55-inch AMOLED Full-HD+ display comes with a 120Hz refresh rate and offers a peak brightness of 1100 nits. The screen uses a 240Hz sampling rate that, according to OnePlus, allows users to simultaneously use up to five fingers for a smoother gaming experience.

Finally, there is the cooling system. OnePlus says that the OnePlus 9R packs a multi-layer cooling system that uses graphite and a copper-lined vapour chamber to handle the heat. Notably, it comes with 14 temperature sensors.

The rest of the hardware is top-of-the-line, given the price of the OnePlus 9R in India. By the way, this is also an OnePlus phone that is specific to India at the moment. The phone is powered by a Qualcomm Snapdragon 870 processor, which is an updated variant of last year's Snapdragon 865. It has a 4500mAh battery and supports Warp Charge 65 fast charging. The back sports a quad-camera setup featuring a 48-megapixel Sony IMX586 primary sensor and a 16-megapixel ultra-wide camera.

In software, OnePlus has added a couple of gaming-specific features. The phone has a Pro Gaming Mode that can restrict background apps when a user is playing. The mode also offers DND features to block calls and notifications while gaming.

The OnePlus 9R price in India starts at Rs 39,999 for 8GB RAM and 128GB storage and goes up to Rs 43,999 for the12GB RAM and 256GB storage variant. It will be going on sale from April 14 for Prime members and OnePlus Red Club members. The open sale begins April 15 across various channels like Amazon.in, OnePlus.in, OnePlus stores and partner outlets.

Mi 11X to launch in India on April 23 alongside Mi 11 Ultra, might feature Snapdragon 888 SoC